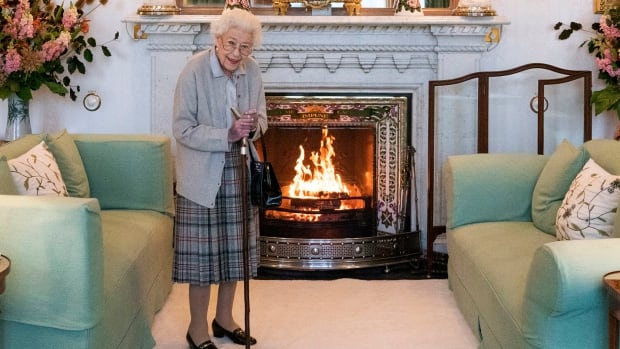 “Duty” and “service” might seem like odd words to apply to a queen or king. They are figures of power, privilege and luxury — people who live in castles with any number of assistants at their beck and call.

But those words were foremost in the official statements that followed Queen Elizabeth’s death on Thursday.

“She believed in service to her people above all, and inspired so many with her dedication to the Crown,” Governor General Mary Simon said.

Prime Minister Justin Trudeau recalled that Elizabeth “vowed to devote her life to the service of the Commonwealth and its people.” On Canadians’ behalf, he thanked her “for honouring this vow and for a lifetime of service.”

Former prime minister Paul Martin called “the Queen’s devotion to duty … an inspiration.” Anthony Rota, Speaker of the House of Commons, said that “the Queen served Canada and the Commonwealth with great dedication and distinction.”

At the most fundamental level, Queen Elizabeth served an institution that — while imperfect and freighted with difficult history — sits at the very centre of Canadian and British democracy. For more than 70 years, she maintained that institution.

The value of that achievement became more apparent in recent years, as world events revealed that the stability of the institutions we so often take for granted is not guaranteed.

From St. Laurent to Trudeau

The sheer extent of her reign is almost hard to comprehend. Canada has had 23 prime ministers in its 155-year history — 12 of them served under her. That run started with Louis St. Laurent in 1952 and ended with Justin Trudeau in 2022.

Before today, no Canadian under the age of 70 had ever known a world in which she was not the reigning monarch.

“In a complicated world, her steady grace and resolve brought comfort and strength to us all,” Trudeau said in Vancouver on Thursday.

She no doubt felt immense pressure to ensure the monarchy she inherited did not collapse on her watch. It would be entirely understandable if she dreaded the thought of being the last Queen of England (and Canada). And there were significant perks to the job, obviously. Notwithstanding the talk of duty and the burdens of the office, it surely wasn’t all sacrifice and hardship.

But according to public opinion, she did her job well — even if Canadians were less than enthusiastic about the idea of a hereditary monarch. As of April, 63 per cent of Canadians said they had a favourable view of her.

In the same survey (by the Angus Reid Institute), 51 per cent of Canadians said they didn’t think Canada should continue to be a constitutional monarchy (a recent drama involving the Royal Family may have contributed to that finding).

The future of the Crown — at least in Canada — is very far from assured.

The primary job of the monarch

Some credit for the country Canada has been, and has become, must go to the institution at the heart of our political system. And writing the Crown out of Canada’s Constitution would require a lot of work — and the alternatives might not be any better.

Nonetheless, the transition from Queen Elizabeth II to King Charles III will be a precarious moment for the monarchy.

But under Elizabeth, it endured. As an individual, she maintained it for more than seven decades — longer than any other person in that institution’s history. She did not walk away from the office (as hard as it might be to imagine a monarch quitting) — but neither did she, by her words or actions, convince Canadians they needed to be done with her or the institution she embodied.

Ultimately, that is the great duty of the monarch and her representatives — to ensure that the institution carries on. Even if that means adapting to a changing world.

Before Thursday, many Canadians likely took it for granted that she was there and would remain — in that castle in England, on the backs of our bills and coins.

But her passing, in these tumultuous times, should remind us of how little we can for granted — and how much can be said for dutifully living in service of strong, enduring, democratic institutions.