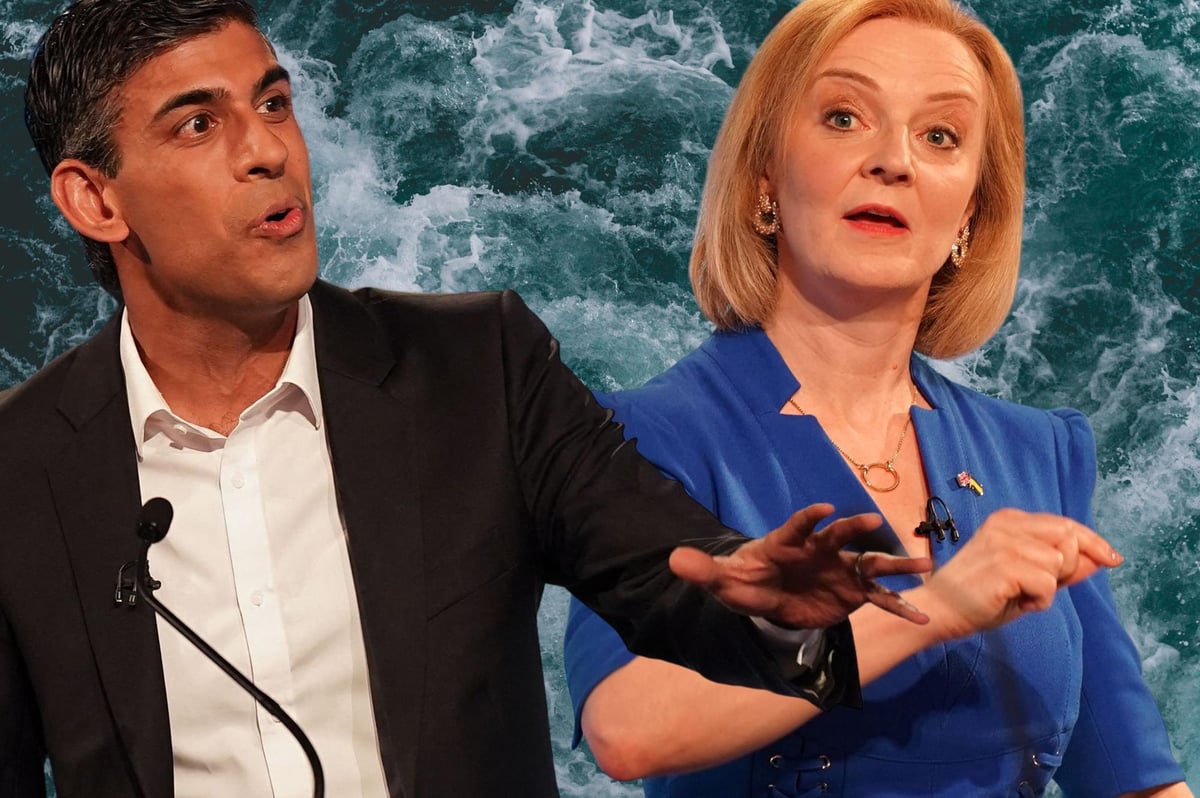 Both he and foreign secretary Ms Truss, who went to school in Paisley, have spoken out against the idea of holding another vote, but what exactly have they said?

Would they agree to indyref2?

Mr Sunak said in 2017 it would be “hard” to block a second vote on Scottish independence, but that it should be pushed until after Brexit.

He told the Daily Express at the time: “It seems hard to block a (second) referendum but we should push the timing until after Brexit so the choice is clearer for people.

“A good deal will strengthen the case for the union.”

What time is Sun TalkTV Rishi Sunak v Liz Truss debate? How to watch TalkTV in U…

However in his column this week Mr Sunak said the United Kingdom is the “most successful political union in history, and has stood the test of time in withstanding some of the greatest challenges we have ever faced”.

“Working together and uniting is what made us such a formidable force on the world stage,” he wrote.

“In the same way that the might of our union stepped up to help people in all corners of the UK during the pandemic, it’s going to have to help people through the immediate months and challenges ahead.”

He went on: “I am clear that another referendum is the wrong priority at the worst possible moment.

“The SNP are wrong to try and tear the country apart when we should be pulling together. Why aren’t they talking about the drugs crisis in Scotland or how we can get more money into Scottish workers’ pockets?

A clip of Ms Truss, speaking at the 1994 Liberal Democrat party conference – when she was a member of the party – showed her support for votes “on major constitutional issues”.

However in the leadership campaign she has been resolute.

When asked if she would agree to a request for indyref2 under any circumstances, Ms Truss said: “No.

“The last referendum in 2014 was described as a once-in-a-generation referendum, we’re now in 2022 – that is not a generation ago.”

What has the SNP said?

First Minister Nicola Sturgeon last week branded the two hopefuls “hypocrites” in response to their comments, while Kirsten Oswald, the SNP’s deputy Westminster spokesperson, accused them of making “it clear they will continue to ignore Scotland’s voice” on Monday.

Ms Sturgeon last month set out her intention to hold a second independence referendum, with a provisional date set for October 19 2023.

Ms Oswald, SNP MP for East Renfrewshire, said: “Rishi Sunak’s warped logic appears to be that the people of Scotland cannot be given a say over their constitutional future because the UK is in such a mess.

“It is precisely because the UK is lagging behind neighbouring countries on a range of wealth and equality indicators – as demonstrated in the recent Scottish Government paper – that independence for Scotland is essential.

“The longer Scotland remains tied to a failing Westminster system, the poorer we will become as a result.

“The Tories put the exact case that Rishi Sunak is making to the people of Scotland at every election, and they lose every election by a landslide. It’s clear that neither of the Tory candidates have put any thought into their Scotland strategy, which does not bode well for either of them becoming prime minister.

“Regardless of what Rishi Sunak thinks, the people of Scotland have already decided that they want to be offered a choice over their future – they did that in last year’s election when they elected a clear majority of MSPs with that commitment.”

Will Sonia Gandhi forgive her go-to man for Rajasthan revolt?