What time is Conservative leadership debate? Has Sky News debate been cancelled? What have Rishi Sunak and Liz Truss said? 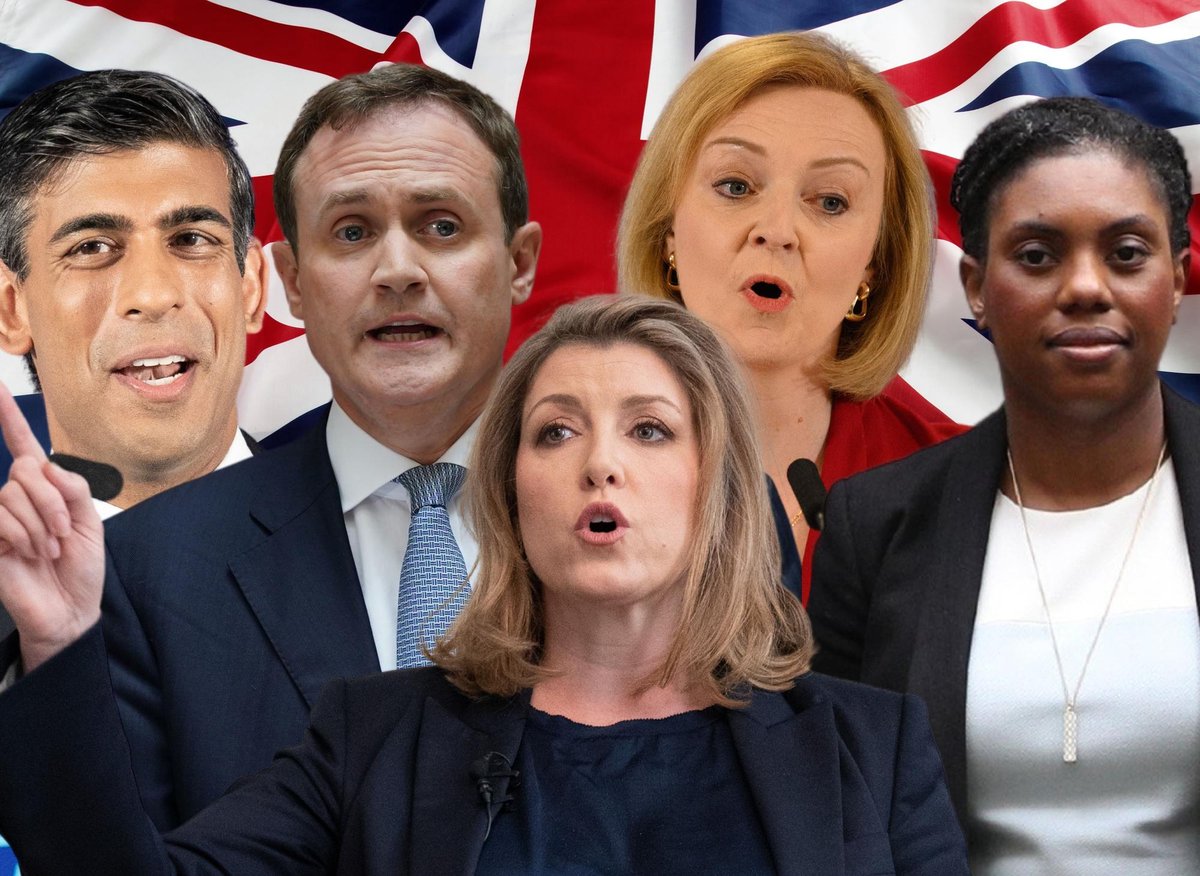 Whoever wins the race – candidates are whittled down in a series of ballots by Conservative MPs before a final two are put to a vote of Tory members – will be the United Kingdom’s next Prime Minister, replacing Boris Johnson.

The first television debate of the contest was held on Friday night as Channel 4 news lead presenter Krishnan Guru-Murthy quizzed the bunch about a range of issues from Mr Johnson’s honesty to their plans to tackle the cost of living crisis.

Tomorrow, the candidates were due to do battle again in a third television debate however this has been cancelled. Here’s what we know…

Has the Sky News Conservative leadership debate on Tuesday been cancelled?

A statement from Sky News read: “Tuesday evening’s live television debate on Sky News between the Conservative Party leadership candidates has been cancelled.

“Two of the three candidates currently leading in the MPs ballots, Rishi Sunak and Liz Truss, have confirmed to Sky News that they do not want to take part.

“Conservative MPs are said to be concerned about the damage the debates are doing to the image of the Conservative Party, exposing disagreements and splits within the party.

“Both are very welcome to taking part in future Sky News televised debates.”

Why has tomorrow night’s Sky News debate been cancelled?

In a sign of the concern about the way the leadership race is being conducted, campaign frontrunner Rishi Sunak and Foreign Secretary Liz Truss confirmed they did not want to take part in a Sky News debate planned for Tuesday – prompting the broadcaster to cancel the show.

One said: “We are very happy to do more debates if we are lucky enough to get to the next stage.”

They argued it did not argue a change in thinking because the campaign never confirmed with Sky that Mr Sunak would be taking place.

It is understood Liz Truss’s camp were unconvinced attending a third debate would bolster her position.

‘Throughout this contest she has never dodged media or shied away from broadcast interviews and debates – people deserve to hear from their leaders.’

The leadership contenders – Mr Sunak, Ms Truss, Ms Mordaunt, Mr Tugendhat and Kemi Badenoch – have already taken part in debates on Channel 4 and ITV which have seen the would-be prime ministers taking primetime pot shots at each other.

What has Penny Mordaunt said?

Tory leadership contender Penny Mordaunt has claimed she is the victim of “smears” following fresh claims about her views on transgender issues.

The international trade minister rejected claims she had ever pursued a policy of self-identification for trans people seeking to legally change gender after press reports appeared to cast doubt on her earlier denials.

In the first televised debate on Friday, Ms Mordaunt clashed with Liz Truss and Kemi Badenoch after they claimed they had been responsible for reversing the policy which she championed as an equalities minister.

However The Sunday Times said it had seen government papers which appeared to suggest Ms Mordaunt was in favour of removing at least one element of the medical process required for transgender people to legally transition.

It said another paper from February 2020 confirmed that the Government’s support for self-identification ended after she was replaced as the minister in charge.

Ms Mordaunt told the BBC’s Sunday Morning programme that she had never advocated ending the requirement for trans people to obtain a medical diagnosis of gender dysphoria before they could legally change gender.

“This has been rebutted many times. We all know what is going on. This is the type of toxic politics people want to get away from,” she said.