What you should know about recessions 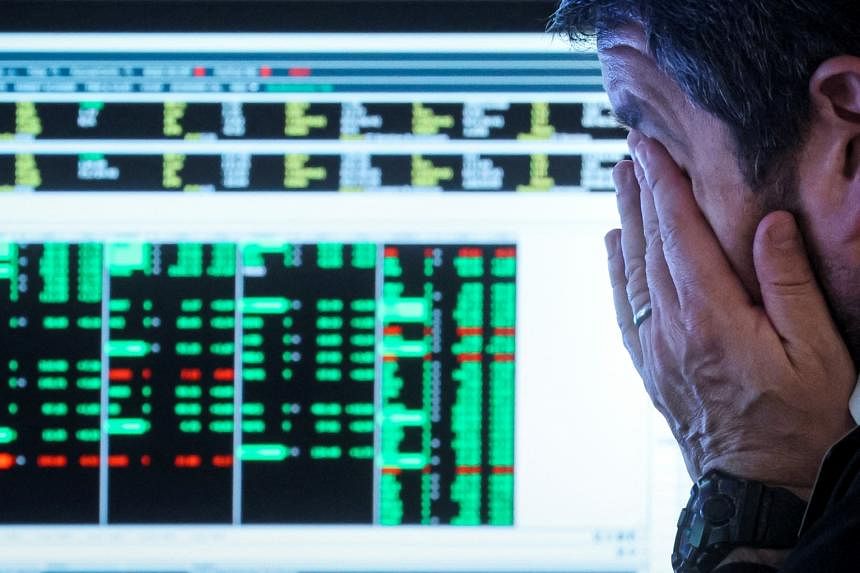 (NYTIMES) – Chaotic stock markets, sky-high interest rates and the pain of inflation have left one question at the top of people’s minds: Are we in a recession?

Probably not yet, but there are signs of economic weakness emerging. When that will turn into a prolonged slump and how long that downturn might last are important questions preoccupying people on and off Wall Street.

Major banks have upgraded their forecasts to reflect the increasing possibility of an economic downturn. Analysts at Goldman Sachs put the probability of a recession over the next year at 30 per cent. Economists at Bank of America predicted a 40 per cent chance of a recession in 2023.

Here’s what you should know about recessions and why some people are talking about the next one now.

Q: What is a recession?

A: Simply put, a recession is when the economy stops growing and starts shrinking.

Some say that happens when the value of goods and services produced in a country, known as the gross domestic product (GDP), declines for two consecutive quarters, or half a year.

In the United States, though, the National Bureau of Economic Research, a century-old non-profit organisation widely considered to be the arbiter of recessions and expansions, takes a broader view.

According to the bureau, a recession is “a significant decline in economic activity” that is widespread and lasts several months. Typically, that means not only shrinking GDP but also declining incomes, employment, industrial production and retail sales.

While the bureau’s business-cycle-dating committee declares when the country is in a recession, that often happens well after the slump has already begun. Recessions come in all shapes and sizes. Some are long, and some are short. Some create lasting damage, while some are quickly forgotten. A recession ends when economic growth returns.

Q: Why do some think a recession is coming?

A: The short answer: the Federal Reserve. The central bank is trying to slow the economy down in order to curb inflation, which is now rising at its fastest pace since 1981. The Fed has made its biggest interest rate hike of 0.75 per cent since 1994, and more big jumps in borrowing costs are likely this year.

The Fed is trying to “rip the Band-Aid off”, said Ms Beth Ann Bovino, the chief US economist at S&P Global, by raising interest rates quickly.

“The Fed is saying we’ve got to move now,” she said. “We’ve got to move hard and we have to front-load a lot of rate hikes before the situation spirals out of control even more.”

Stock investors are worried that the central bank will wind up slowing growth too much, setting off a recession. And the S&P 500 is already in a bear market – the term for when stocks fall more than 20 per cent from recent peaks.

In the housing market, where mortgage rates have jumped to their highest level since 2008, real estate companies like Redfin and Compass are laying off employees in anticipation of a downturn.

Consumers, the economic engine in the US, are also growing worried about the economy, and that’s a bad development. In May, consumer sentiment reached its lowest point in nearly 11 years.

“If people are depressed, are concerned, about their finances or their purchasing power, they start to shut their pocketbooks,” Ms Bovino said. “The way households prepare for a recession is to save. The downside is, if everybody saves then the economy doesn’t grow.”

None of this means that a recession will begin for sure. It’s important to keep in mind that the job market is still strong, and that’s an important pillar of the economy.

Q: How often do recessions happen and how long do they last?

A: While people talk of “business cycles”, periods of growth followed by downturns, there is little regularity to how recessions occur.

Some can happen back to back, like the recession that began and ended in 1980, and the next, which started the following year, according to the bureau. Others have occurred a decade apart, as was the case with the downturn that ended in March 1991, as well as with the next one which began in March 2001, following the 2000 dot.com crash.

On average, recessions since World War II have lasted just over 10 months each, but of course there are some that stand out.

The Great Depression began in 1929 and ended four years later, although many economists and historians define it more broadly, saying it didn’t end until 1941, when the economy mobilised for the nation’s entry into World War II.

The last two recessions highlight just how different they can be: The Great Recession lasted for 18 months after starting in late 2007 with the bursting of the housing bubble and resulting financial crisis. The recession at the height of the coronavirus pandemic in 2020 went on for just two months, making it the shortest ever, even though the downturn was a brutal experience for many people.

“In terms of just the sheer amount of contraction of real activity and this rapidity, the Covid-19 contraction was the most spectacular,” said Mr Robert Hall, chair of the National Bureau of Economic Research’s business-cycle-dating committee, which keeps track of recessions. “A very significant fraction of the labour force just was not working in April of 2020.”

Q: Can recessions be prevented?

A: Not really. Try as they may, politicians and government officials can do little to fully ward off recessions.

Even if policymakers were able to create a perfectly well-oiled economy, they would have to exert influence over the way that Americans think about the economy, too. That’s one reason they try to put the best face on indicators such as job reports, stock market indexes and holiday retail sales.

Officials can do some things to lessen the severity of a recession through the use of monetary policy by the Fed, for example, and with fiscal policy, which is set by lawmakers.

With fiscal policy, lawmakers can try to soften the effects of recessions. One response might include targeted tax cuts or spending increases on safety net programmes, like unemployment insurance, that kick in automatically to stabilise the economy when it is underperforming.

A more active approach might involve Congress’ approving new spending on, say, infrastructure projects in order to stimulate the economy by adding jobs, increasing economic output and boosting productivity – though that could be a difficult proposition right now because that kind of spending could worsen the inflation problem.

Who could replace Boris Johnson now he has resigned? From Sajid Javid to Penny Mordaunt: All the runners revealed