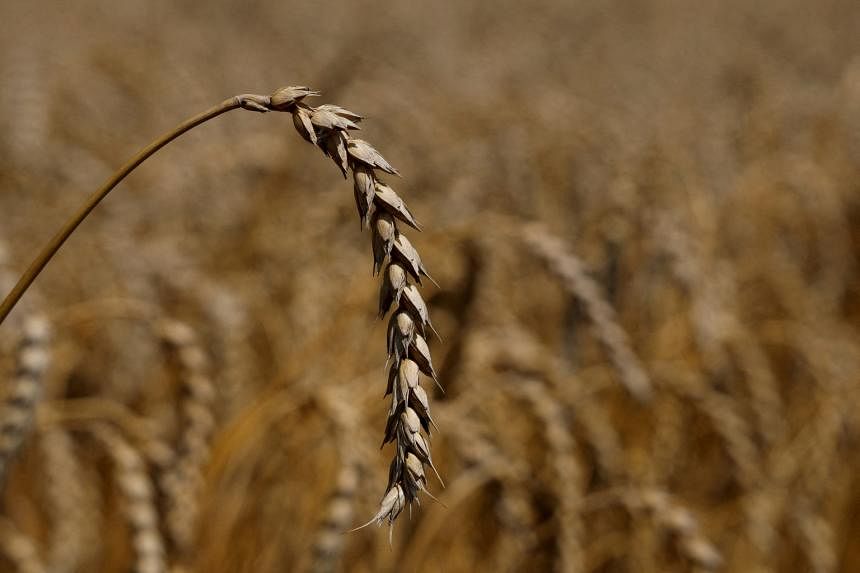 NEW YORK (BLOOMBERG) – Wheat pared gains as the United Nations said all parties have reconfirmed their commitment to begin shipping millions of tons of grain that has been piling up since Russia’s invasion of Ukraine.

Friday’s agreement involving Russia and Ukraine aims to facilitate exports from three of Ukraine’s Black Sea ports and was hailed as a vital step toward alleviating a global food crisis. Still, Russia’s weekend attack on the port of Odesa served as a stark reminder of the risks for shippers and insurers as the war rages on. Ukrainian officials are still preparing to restart sea exports this week and the UN’s secretary-general said at a Monday (July 25) press briefing that those involved in the initiative are still committed.

Wheat futures in Chicago traded 1.5 per cent higher at 1.16 pm local time after earlier surging as much as 4.6 per cent before the UN comments.

“The willingness of ship owners to come with their ships to our ports will be the crucial factor to recover export volumes from Ukraine,” Roman Slaston, director general of the Ukrainian Agribusiness Club, said by telephone. Farmers “have some cautious optimism about this deal, but they also understand that any time it might stop again.”

Some analysts remain skeptical of the time frame for exports resuming.

“It is thought to be unlikely that much will move from Ukraine right away as the infrastructure internally and at the ports needs to be rebuilt,” Jack Scoville, an analyst at Price Futures Group Inc. in Chicago, said in a note.

Ukraine said on the weekend that the missiles didn’t hit grain storage at the port. Russia said on Monday its missile strike on Odesa targeted a military area and wouldn’t affect plans to resume grain exports from the Black Sea port.

Ukraine’s government is under pressure to restart grain exports to support its economy, which has been devastated by the war. The infrastructure ministry said Kyiv is beginning to prepare the Odesa, Chornomorsk and Pivdennyi ports to resume work and published a call for ships willing to take part in grain export caravans.

Once exports resume, traders will be watching for signs of how quickly volumes can pick up. The country normally ranks among the world’s top corn, wheat and vegetable-oil shippers, and millions of tons of grain have been stuck in its borders since Russia’s invasion early this year blocked major ports. The three ports involved have the capacity to ship about three to four million tons of grain a month, according to the director general of the Ukrainian Agribusiness Club.

While a small volume has been rerouted by road, river and rail, major customers have been forced to look elsewhere for supplies, pushing up prices and worsening food insecurity. UN Secretary-General Antonio Guterres said resuming seaborne trade would bridge those gaps and urged the deal to be “fully implemented.”

In Chicago, corn also headed for its first advance in a week and soybeans rose.