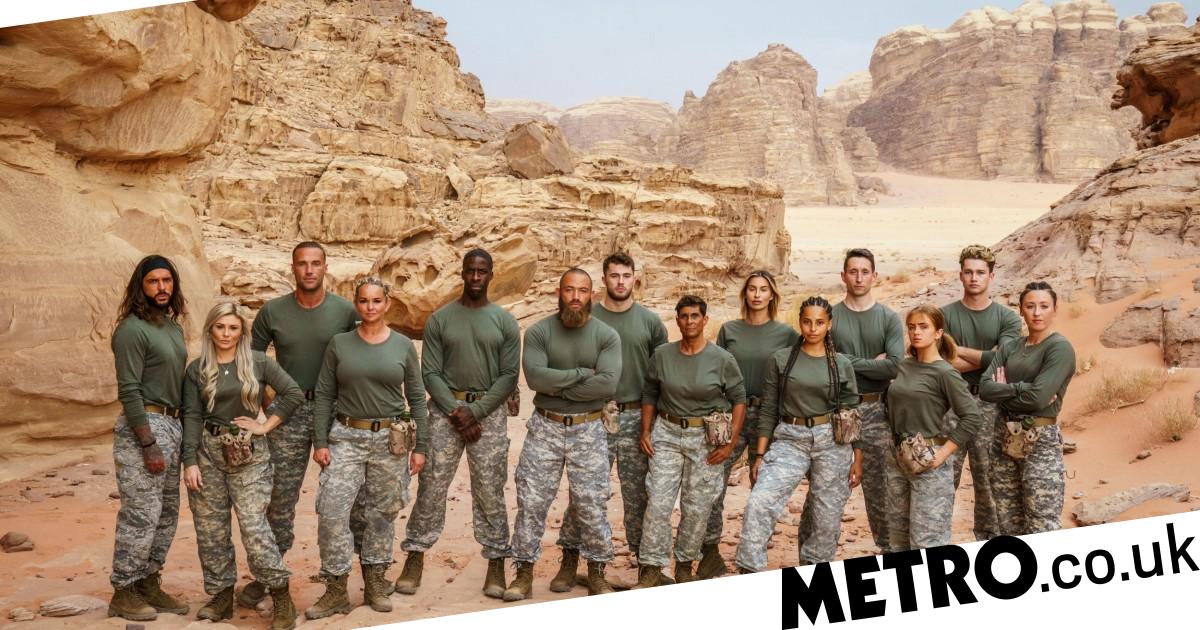 SAS: Who Dares Wins has returned with an all-star cast for its celebrity edition.

And this time it’s back in an entirely new location.

In previous seasons, Ant Middleton, along with the Directing Staff have put the 20 contestants through gruelling challenges in the bitter cold and icy waters.

However, the seventh series of the regular show saw the cast swap freezing conditions for brutal heat and arid environments.

As always, tasked with a series of terrifying and brutal challenges both on land and in the water, the recruits are put through extreme conditions in physically and mentally challenging surroundings.

But where is SAS: Who Dares Wins filmed?

There are three locations where SAS: Who Dares Wins has been filmed between the current season, previous seasons, and the celebrity version of the show.

As well as Ant no longer being a part of the show and two new DS, the big change in series 7 was the location, as the recruits were challenged under the gruelling heat.

This is also where series four of Celebrity SAS: Who Dares Wins has been filmed.

The arid desert area of Wadi Rum in the Middle East was particularly tough for the recruits, as Rudy shared: ‘These recruits were fantastic, so fit and so strong, but they’d never been in complete zero humidity, or that kind of heat, or continuous sand.

‘So they dehydrated quickly, and it sapped a lot of their strength. Those who survived the process learned to adapt.’

Channel 4 stated: ‘The series was filmed in the protected desert area of Wadi Rum in the Middle Eastern kingdom of Jordan.

‘Also known as the Valley of the Moon it’s a dramatic desert landscape of sandstone and granite and has been the backdrop for many epic feature films – from Lawrence of Arabia to The Martian & recently Dune.

‘The base, known as the French Fort, was originally constructed as part of a set for a 1998 French TV production.’

The statement added that this was the ‘hottest and driest series yet’, with temperatures peaking over 35˚C during the day and falling to lows of 5˚C at night.

Unlike scenes of previous seasons, in Jordan it rained only once during the filming period, ‘which was unexpected but refreshing!’

Previously, the celebrity version (and series four of the regular programme) of SAS: Who Dares Wins was filmed in the challenging terrain of Chile’s Andes mountains.

Regarding the location, Channel 4 stated: ‘The recruits will be based in an abandoned ex-military forward operating base in the brutal and spectacular Andes mountains.

‘[They] will be tested to the extremes of winter warfare in the most deadly environment of them all.

‘They’ll face all the challenges of living and operating at high altitude, with a lack of oxygen, in freezing temperatures and unforgiving snow storms.’

Brutal tasks involving this terrain included celebrities jumping backwards out of a helicopter into Rapel Lake, an artificial lake in central Chile, and undertaking expeditions up one of the Andes mountains, where temperatures can reach  -10℃.

For previous seasons of SAS: Who Dares Wins, the recruits were taken to the challenging terrain of the Scottish Hebrides.

The recruits left their daily lives behind from all across the UK and headed to the remote island of Raasay, where they were exposed to Scotland’s unforgiving weather, harsh landscape, and volatile seas.

The 2011 census recorded that just 161 people live on the island, which is most famous for being the birthplace of Gaelic poet Sorley MacLean, an important figure in the Scottish Renaissance.

In older seasons of SAS: Who Dares Wins, recruits were taken to Wales, Morocco and Ecuador.

SAS: Who Dares Wins continues tonight at 9pm on Channel 4.