Who is Cincinnatus and what could Boris Johnson’s reference to him mean? 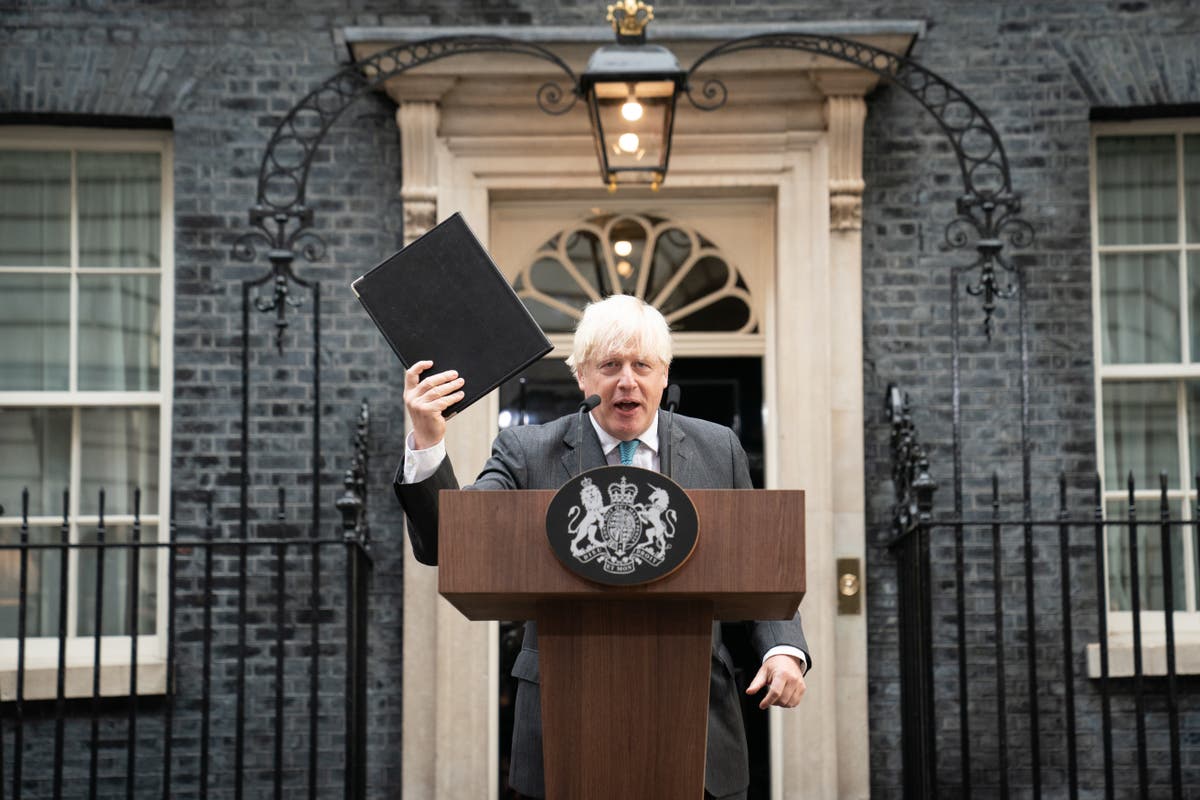 oris Johnson’s reference to an ancient Roman statesman in his resignation speech has fuelled a fervent online debate, with some suggesting it could imply a future return to frontline politics.

In the final speech in Downing Street on Tuesday morning, the Prime Minister declared: “Like Cincinnatus, I am returning to my plough.”

“Cincinnatus” soon became the top trend on Twitter as thousand of users debated the meaning behind Mr Johnson’s words.

The reference is to ancient Roman statesman Lucius Quinctius Cincinnatus, an ancient Roman politician traditionally synonymous with civic virtue and – according to classicist Dame Mary Beard – “someone who doesn’t try to hang on to power when they’ve finished”.

According to tradition, in the 5th century BC, with the Roman republic under threat from an invasion, Cincinnatus left life as a farmer to become dictator and successfully fought off the attack, before relinquishing his power and returning to his farm a few weeks later.

Dame Mary, an expert on Roman history, explained in a tweet that Cincinnatus “was a 5th century BC Roman politician who saved the state from an invasion, then – job done – returned to his farm”.

But many claimed the reference means Mr Johnson expects a return to politics, with The Thick Of It creator Armando Iannucci tweeting: “Johnson expects to be called back. Cincinnatus was recalled from his plough to become leader of Rome a second time.

“Someone tell the people with microphones at Downing Street.”

According to the Encyclopedia Britannica, “most scholars see no factual truth in the further tradition that Cincinnatus was given a second dictatorship”.

However, Dame Mary told Times Radio: “One story says (Cincinnatus) did come back to power and he took up the dictatorship again in order to put down – successfully – a popular uprising.

“That’s where I wonder how far Johnson had thought through all of the implications of the story of Cincinnatus.”

In her tweet on the topic, Dame Mary also stated that Cincinnatus was “an enemy of the people”.

Explaining this latter point further on Times Radio, Dame Mary said: “He did not wish to give people their due rights – he was an absolute elitist, Roman patrician. In our terms he was dead right-wing.”

Mr Johnson does appear to know the reference well, however, as he previously used the simile during his time as London mayor when describing his potential aspirations to serve as PM.

In 2008, the Guardian reported that he remarked: “Were I to be called, like Cincinnatus from my plough, obviously it would be a huge privilege to serve.

“But you may have a long time to wait.”

And in 2009, according to The Telegraph, he said: “If, like Cincinnatus, I were to be called from my plough, then obviously it would be wrong of me not to help out.”

The Best National Parks To Visit In The Fall