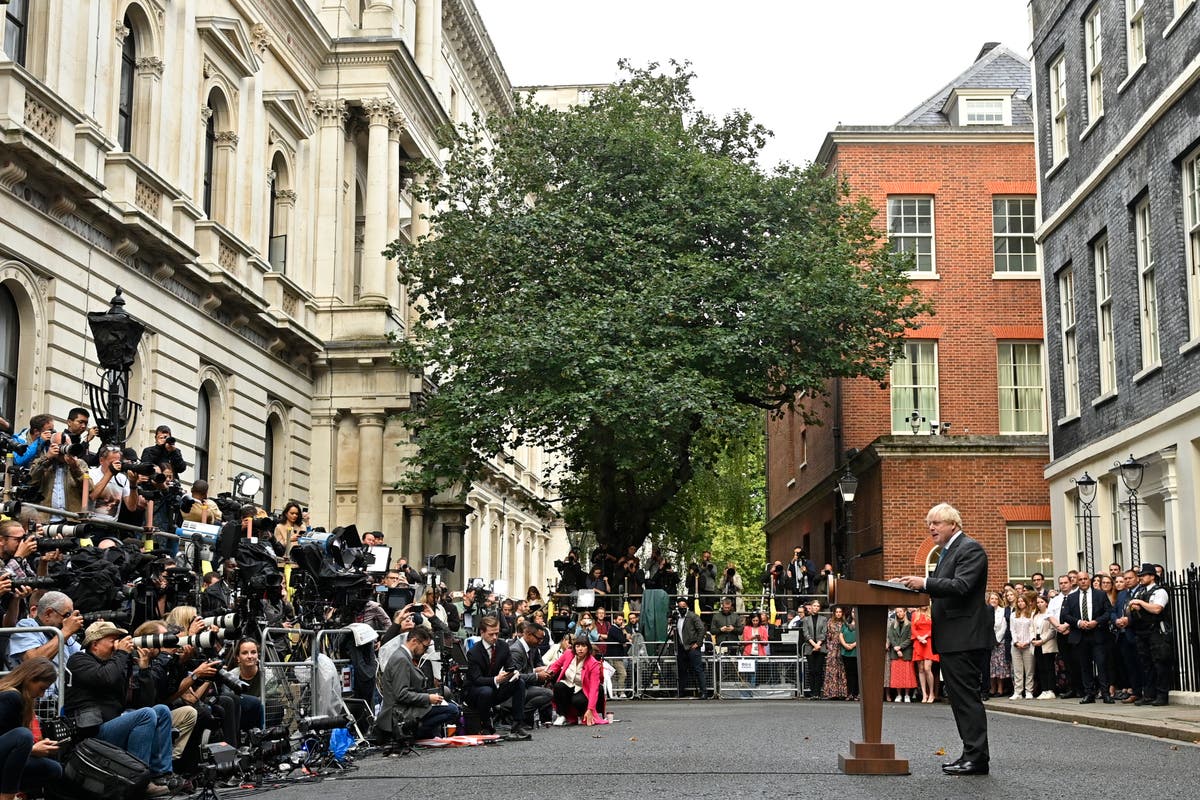 utgoing prime minister Boris Johnson referenced a Roman dictator in his leaving speech outside Number 10 this morning, possibly hinting at his intention to return to frontline politics.

Before heading to see the Queen in Balmoral, where he will officially resign as prime minister, Mr Johnson addressed the press on Downing Street.

In his speech, Mr Johnson said: “Let me say that I am now like one of those booster rockets that has fulfilled its function and I will now be gently re-entering the atmosphere and splashing down invisibly in some remote and obscure corner of the Pacific.

But how does his reference to Cincinnatus imply that he may return to the political limelight?

Lucius Quinctius Cincinnatus was a Roman military leader and a dictator of Rome. While he is a historical figure, some facts about his life and career have been embellished by legend and tradition.

We know Cincinnatus was appointed dictator of Rome to battle against an invasion. After defeating the enemy and celebrating in Rome, he returned to his farm.

However, tradition also says that, when he was recalled, Cincinnatus returned to power for a second term.

Mr Johnson’s reference has commentators speculating that he may not intend to remain on the backbenches.

Journalist Andrew Neil said: “This is not the speech of a departing prime minister who necessarily thinks he’s going away forever.

“And he’s enough of a classics scholar to know, in comparing himself with Cincinnatus leaving for his farm, that when the call came, Cincinnatus returned to Rome.”

Classics professor Mary Beard said: “If you are curious about Boris Johnson’s reference to Cincinnatus in his goodbye speech – he was a 5th century BC Roman politician who saved the state from an invasion, then – job done – returned to his farm (‘to his plough’). He was also an enemy of the people.”

Beard explained further on Radio 4, where she said: “There’s a simple story about Cincinnatus with a sting in the tail.

“He was an old Roman politician in 5th Century BC, who was in retirement, and when Rome was threatened with military invasion, Cincinnatus took up dictatorship – took up sole power – he defeated the enemy.

She added: “He’s often treated as an absolute hero – the man who comes in, saves the state, but doesn’t take power for himself long term, but goes back to his plough.

“It’s not so simple — one thing you need to know about Cincinnatus is that he was absolutely, resolutely anti-populist. He completely opposed the rights of the poor and the unprivileged in Rome — he was, in our terms, extremely right-wing.

“There is also an even worse sting in the tail.”

Beard explained that, according to another story, “he does come back to power again, very briefly,” to suppress a “popular uprising by the underprivileged”.

Political editor Pippa Crerar said: “As a long-term Boris Johnson watcher, that felt to me like [the] departing PM believes he’ll get another tilt at [the] top job.

“For years, this classics scholar has cited Cincinnatus, who didn’t just leave for his farm (today’s reference), but also then, when [the] call came, returned to Rome.”

This isn’t the first time Johnson has referenced Cincinnatus.

In 2008, when hinting at his ambition to become prime minister, the then-London Mayor told the Evening Standard: “In the immortal words of Michael Heseltine, I cannot foresee the circumstances in which I would be called upon to serve in that office.

“If, like Cincinnatus, I were to be called from my plough, then obviously it would be wrong of me not to help out.”

Also in 2008, the Guardian reported that he remarked: “Were I to be called, like Cincinnatus from my plough, obviously it would be a huge privilege to serve. But you may have a long time to wait.”

Then in 2009, according to The Telegraph, he said: “If, like Cincinnatus, I were to be called from my plough, then obviously it would be wrong of me not to help out.”

Stephen Flynn: Who is the new SNP Westminster leader?

Will FACE MASKS creep back into classrooms amid Strep A…