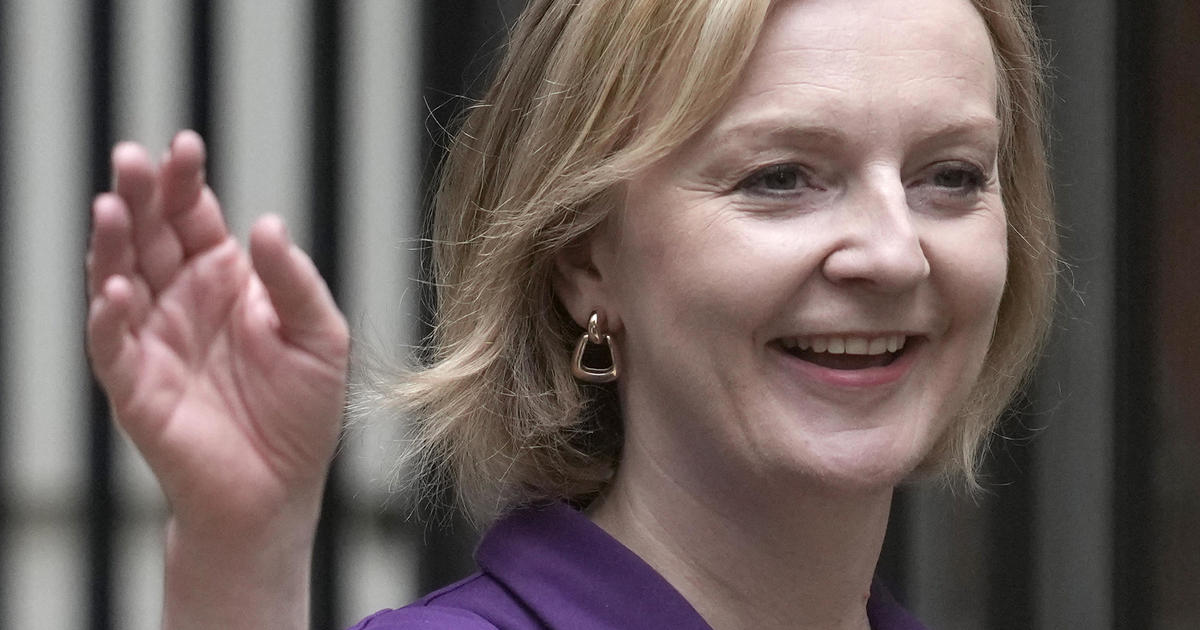 London — Liz Truss officially became Britain’s new Prime Minister on Tuesday after Boris Johnson formally resigned to Queen Elizabeth II at her home in Balmoral, Scotland, and the monarch accepted Truss as the new leader, inviting her to form a government. The process was largely a formality, to make official the results of an internal power struggle in one of Britain’s main political parties. Johnson’s three-year tenure was peppered with scandals, which eventually resulted in his ouster.

So, who is the woman the Conservative Party has chosen to replace him?

Like Johnson, 47-year-old Truss is a member of Britain’s Conservative party. She has served as a member of the British Parliament for 12 years and held cabinet roles within various Conservative governments for eight years, serving most recently as Foreign Secretary. Before that, she served as Environment Secretary and Justice Secretary.

Truss is seen as a libertarian, and has pledged to cut taxes despite some economists warning the move could send inflation – which is already hovering around a 40-year high in Britain – even higher, as the U.K. teeters on the brink of recession.

She takes over the premiership as the country faces that, and a number of other significant challenges, including sky-rocketing energy prices driven by the war in Ukraine.

As one of her first moves in office, Truss is expected to announce an energy price cap, which would limit the amount people have to pay to heat their homes over the winter, but would cost the government £100 billion (about $116 billion). That, on top of the huge amount of public debt already incurred under Johnson’s government to get Britons through the coronavirus pandemic.

Truss initially campaigned against Brexit, which Johnson championed, but she changed her position after the public referendum supported the exit from the European Union. She has pledged, as leader, to wipe much of the EU law that bound Britain as a member of the bloc off the books, including labor and environmental rules that she considers outdated.

Truss has also spoken out against what she calls a “woke” culture in the U.K. civil service.

How did she get the job?

Under the British constitutional system, national elections don’t determine prime ministers. The public elect members of parliament for their districts, and the party that holds the most seats in the legislature generally gets to put its leader forward to prime minister.

Truss was chosen as the new Conservative Party leader by the roughly 170,000 registered voting members of the party, through an internal election process sparked by Johnson’s resignation.

In the U.K., elections must be called by the government at least every five years, but they can be called earlier. Truss will not be required to face a new general election, which will force the Conservative Party to defend its parliamentary majority and thus the right to form the government, until January 2025.

The Tories, as the Conservatives are also known, have held power in the U.K. for 12 years, but the political tumult driven largely by Brexit has seen four different party leaders in the prime minister’s office since the summer of 2019 alone.

Much like her predecessor, Truss has a reputation for issuing off-the-cuff quips and using mannerisms that can raise an eyebrow.

In one clip from a 2014 speech about British foodstuffs that went viral, she railed against imported cheese.

In the same speech, she boasted about heading soon to the Chinese capital, to open “up new pork markets.” The remark, which she followed with a broad smile and slightly awkward pause as she appeared to be waiting for applause, continues to be one of Truss’s most meme-ed moments.

More recently she was asked whether the leader of France, the U.K.’s nearest neighbor just 20 miles to the south, was an ally or an adversary of Britain.

The “jury is still out,” said Truss, adding that Emmanuel Macron’s deeds, not his words, would determine whether he was a “friend or foe.”

NSW mine to extract more coal for longer