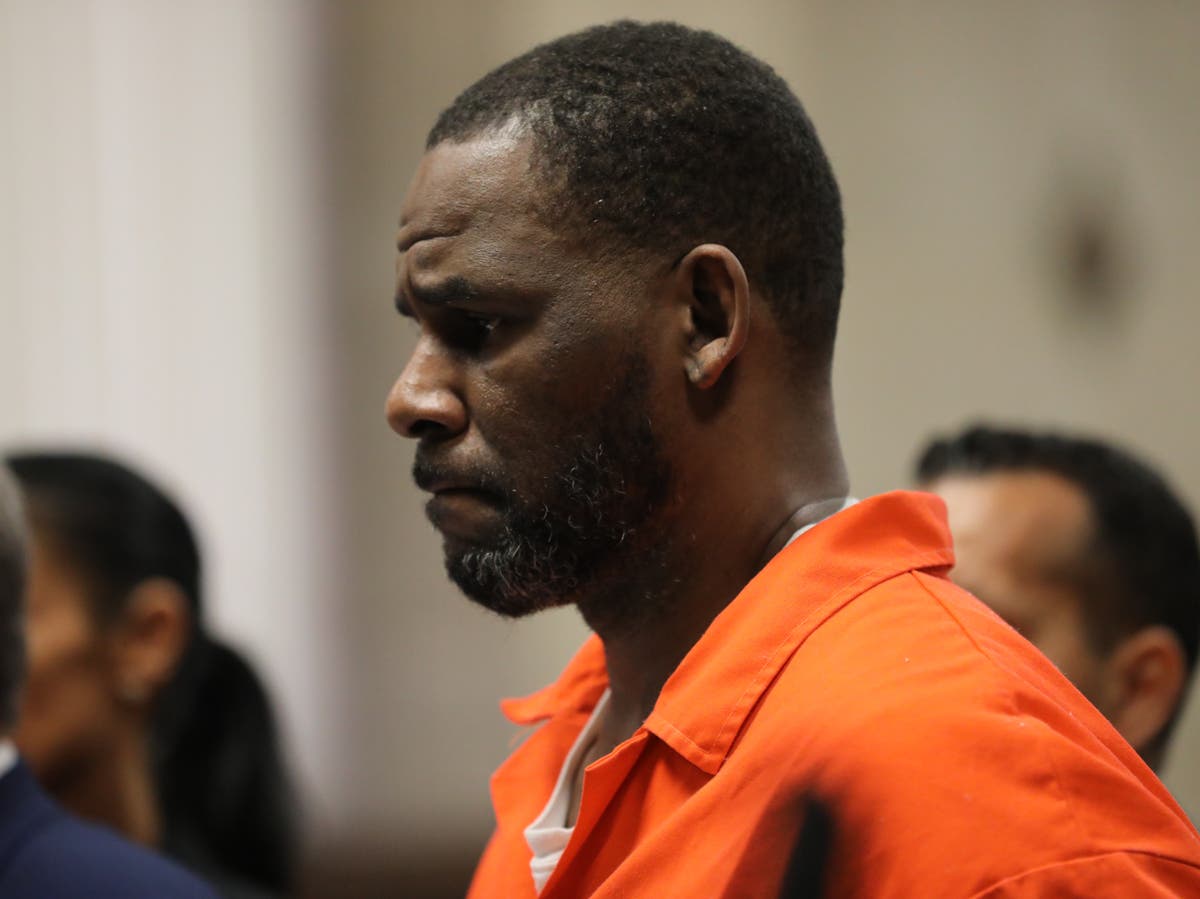 R Kelly is standing trial on child pornography and obstruction of justice charges.

The singer – real name Robert Sylvester Kelly – found fame after he performed on the talent TV show Big Break as part of the group MGM in 1989. He went on to launch his solo career in 1993 and in 1998 won multiple Grammy awards for his song “I Believe I Can Fly”.

He has faced consistent allegations of sexual abuse and misconduct throughout his career, which he has denied.

In 1994, then aged 27, Kelly married 15-year-old singer Aaliyah at a secret ceremony in Chicago. The marriage was later annulled after the teenager was found to have lied about her age on the marriage certificate.

Kelly faced further accusations of having sexual relations with underage women in 1996, 2001 and 2002.

He was charged with 21 counts of making child sexual abuse videos involving various sexual acts in June 2002, but was acquitted on all counts following trial in 2008.

In 2017, a new investigation by Buzzfeed claimed that Kelly had trapped six women in a sex “cult” having taken advantage of them after they approached him for help with their musical careers.

The singer was accused of controlling the women’s lives, including what they ate and wore, and when they slept, and keeping records of their sexual activity.

The article prompted more alleged victims to come forward, with a six-part documentary titled Surviving R Kelly airing on Lifetime in 2019. It detailed further allegations of sexual abuse and misconduct against the singer.

In the wake of the documentary’s release, Kelly was interviewed by Gayle King on the CBS show This Morning. Proclaiming his innocence, he stood up, pounded his chest and shouted, forcing the interview to be paused.

In July 2019, Kelly was arrested and charged with sex trafficking offences including possession of child abuse images and obstruction of justice.

The trial in New York was delayed by the pandemic and a last-minute shake-up of the singer’s legal team.

Kelly was convicted of racketeering and sex trafficking in September 2021 after two days of jury deliberations.

Shortly after, a federal judge ordered that the singer stand trial in Chicago on child pornography and obstruction of justice charges.

The trial began in August, with one woman testifying in opening statements that Kelly had sex with her “hundreds of times” when she was between the ages of 15 and 18.

The 37-year-old, who appeared in court under the pseudonym “Jane”, told the jury that she met Kelly, then in his 30s, in the 1990s when she was 13. She also testified that she was around 14 the first time he touched her breasts and when he “started penetration”.

Kelly is accused of previously paying off this same witness.

Jurors are expected to be shown video evidence of Kelly’s alleged crimes, including a video the singer shot of Jane in his home in the late 1990s.

Before his legal troubles began in 2008, Kelly was known to carry a bag of sex tapes around with him, according to court filings.