Why are California lawmakers luring tech lobbyists to wine country? 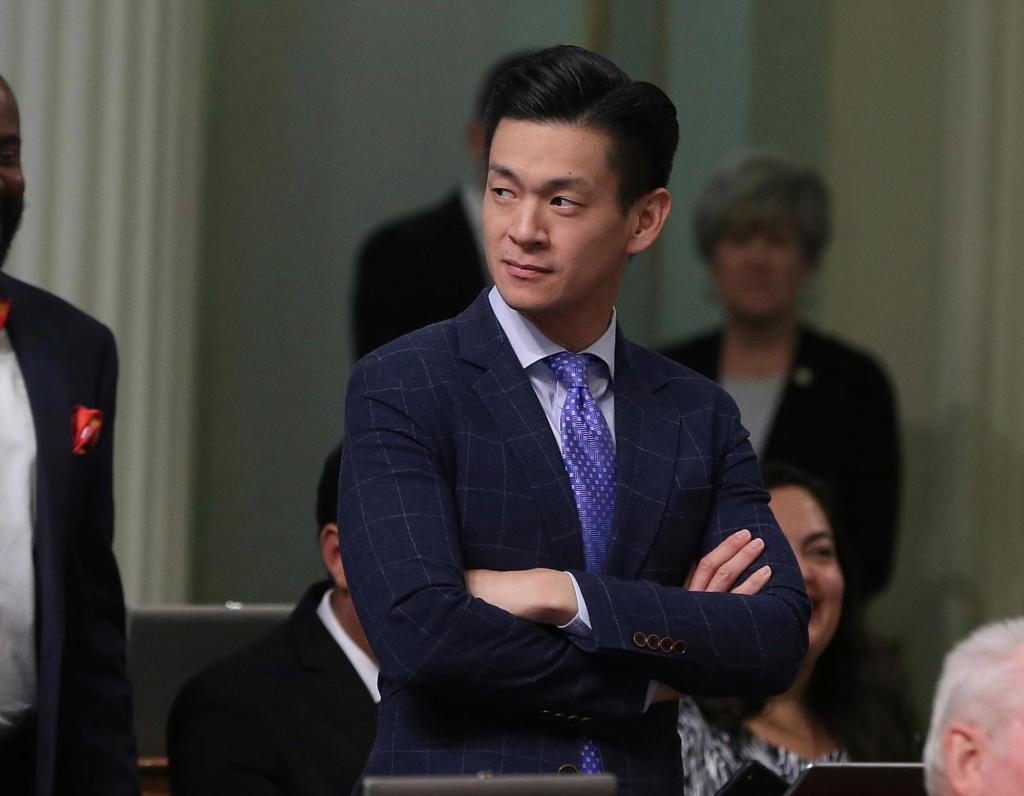 California lawmakers will soon end their summer recess and return to Sacramento for the final, most consequential month of the legislative year. August is when the Legislature determines the fate of hundreds of bills that have been snaking through the Capitol all year, making decisions that may affect millions of Californians as well as many businesses regulated by the state. It’s the month when lobbyists are working hardest to sway lawmakers — and that makes it a ripe time for sleazy politics.

It’s hard to see the upcoming “Technology Policy Summit” as anything other than that. Shortly after business resumes in Sacramento on Aug. 1, select tech lobbyists have been invited by a powerful assemblyman to spend two days schmoozing with lawmakers at a wine country resort in the Napa Valley. Of course, there is a price.

For a $35,000 donation to a foundation affiliated with the Legislature’s “tech caucus” — a bipartisan group helmed by Democratic Assemblyman Evan Low, D-Campbell — companies can pick a topic they want to brief lawmakers on and designate an executive or lobbyist to moderate the discussion. For $20,000, a donor can speak on a panel, according to a copy of the invitation I obtained. The cheap seats are $10,000 just to attend the two-day event. (Though the invitation does not specify whom donors should pay, I have confirmed that the event is sponsored by the Foundation for California’s Technology and Innovation Economy, which is the nonprofit affiliated with the tech caucus and includes Low’s chief of staff on its board.)

It’s fabulous timing for tech execs to get one-on-one access to California lawmakers (perhaps over a nice Cabernet). For months the tech industry has been trying to kill legislation to regulate social media and cryptocurrency. Lawmakers will cast critical votes later in August that will determine whether these bills pass this year.

Event organizers wouldn’t tell me which companies are paying to send their lobbyists to Napa, nor would they say which lawmakers will be there. Because the money goes to a nonprofit, not a politician’s campaign account, there are no limits on how much the donors can give — and no requirement that the nonprofit report who’s giving. These loose rules have made charitable organizations an appealing way for politicians to raise money outside the bounds of California’s strict campaign finance laws. Politicians basically get a slush fund, while their donors get a tax break.

The foundation’s lawyer, Stephen Kaufman, didn’t answer most of my questions but sent an email saying the money it raises “supports teachers by providing scholarships for them to learn coding that they can then take back and teach in their classrooms.”

California law requires elected officials to publicly disclose when they ask someone to donate $5,000 or more to a nonprofit. But when I investigated lawmakers’ nonprofits, I found that Low had stopped reporting which companies were giving to the tech caucus foundation. It meant that the public was kept in the dark about who’s spending money to influence tech policy in the state pioneering technological advancements that are radically changing people’s lives.

After I reported on the tech caucus foundation, California’s political ethics regulator opened an investigation into Low’s fundraising practices. It’s supposed to determine whether he violated the law that requires disclosing charitable donations given at a politician’s behest. But 2½ years later, the investigation remains open. That’s maddening.

Late last year, Low made a run at becoming Assembly speaker. When it didn’t succeed, he pivoted and helped fellow Assemblyman Robert Rivas, D-Hollister, secure the votes to become the next speaker. That sets him up for a powerful position whenever Rivas takes over.

Meanwhile, Big Tech is trying to kill or weaken bills aimed at making social media safer for kids, stemming the online spread of vaccine misinformation and protecting consumers in the cryptocurrency market. The industry has already succeeded in persuading lawmakers to water down one bill by removing the ability for parents to sue social media companies for harm to children who become addicted to their platforms. Instead, under the latest changes, only prosecutors can sue the companies. Tech lobbyists are working to neuter another bill that would require online services used by children to be designed in “age-appropriate” ways — such as banning location tracking and defaulting social media accounts to the most private settings.

I’d love to know if the lawmakers elected to serve the public will be discussing these issues with tech lobbyists over wine tastings and spa treatments next month. Wouldn’t you?