Why isn’t there a mass movement for climate action in the US? 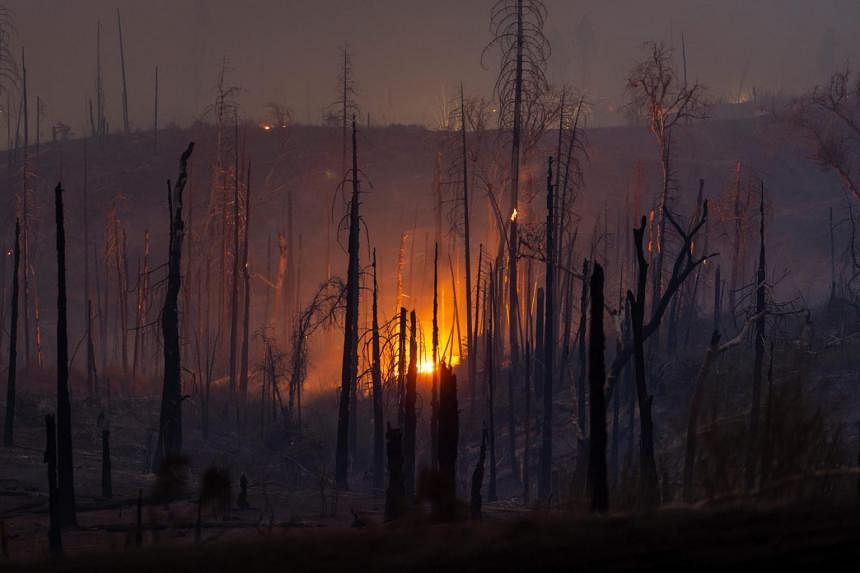 NEW YORK (BLOOMBERG) – Soaring temperatures, wildfires, flooding and drought have left the American public less uncertain than ever that manmade climate change is finally upon us.

Public opinion polling has for several years documented a dawning but far from complete recognition of what scientists warned about for decades. And yet national climate policy doesn’t match public sentiment. Why?

Two recent polls document the obvious climate chasm between Americans of different political stripes. Liberal Democrats rank global warming as their third highest priority out of 29 issues – after environmental protection and healthcare – for the 2022 congressional elections.

But the Yale and George Mason report, and a July 14 Pew Research Center survey, also reveal a more nuanced picture of Americans beyond red and blue. A substantial majority of Americans, 87 per cent, supports rebates or tax incentives for homeowners, landlords or businesses to improve the energy efficiency of existing buildings, according to the Yale-George Mason report.

Commercial and residential buildings consume enormous amounts of energy. They consequently are responsible for 31 per cent of US emissions, including electricity use, according to the US Environmental Protection Agency.

The reason for this broad support may have something to do with personal experience. Most everyone pays utility bills and adjusts their home thermostat.

“This isn’t about ‘infrastructure change’ and ‘We’re going to invest in clean energy,’ which is an abstraction,” said Anthony Leiserowitz, founder and director of the Yale research group. “Americans generally and have for years understood the value of energy efficiency.”

Republicans and Democrats may agree more about building efficiency than anything else, the report suggests. In the current political context, that might as well pass for unanimous. There is no lack of mature policy proposals to advance energy efficiency, or even projects that have been executed successfully. Yet a million people – Republicans and Democrats, suburban homeowners, city landlords and commercial real-estate moguls – have never filled the National Mall in Washington, DC, demanding energy efficiency in buildings.

The Pew Research report discovers similar, overwhelming levels of national agreement on a massive tree-planting campaign (90 per cent support) and more tax credits for technologies that capture and store carbon dioxide (79 per cent) – which Congress did expand in 2018.

What needs to happen so that the 87 per cent of Americans who want to max out energy savings can do so? Americans are an individualistic bunch. It’s a theme in national mythology. And it’s coupled with cynicism toward governing, which has been an organising principle of political speech at least since Ronald Reagan said in his 1981 inaugural address that “Government is not the solution to our problem, government is the problem.”

Perhaps that’s why more respondents to the Yale-George Mason survey said they want to see climate action from “citizens” (61 per cent) than they do from Republicans (58 per cent), Congress (57 per cent), local governments (55 per cent), their governor (53 per cent), the Democrats (53 per cent) or President Biden (51 per cent). So, to review: First, policies that resonate with personal experience or intuition – efficiency saves money, planting trees is nice, if too much carbon dioxide is bad, then capture it – draw enormous support in polls.

Second, the burden of taking action is perceived to fall on citizens a little bit more than on elected officials or political parties.

A third factoid helps explain why citizens aren’t demanding the policies they say they support. The share of registered voters who “are currently participating in a campaign to convince elected officials to take action to reduce global warming” is 1 per cent. Nine per cent said they would “definitely” join a campaign and 18 per cent said they “probably” would.

Natural gas hits highest level since 2008, on pace for best month ever as Russia cuts supply

Jan. 6 cover-up shows the need to break up the Secret Service

Ukrainians forced to vote at gunpoint in Putin’s ‘sham’ referendum

What are the FIFA 23 Division Rivals Rewards each week and…

Cheapest staycations during the October half-term &…