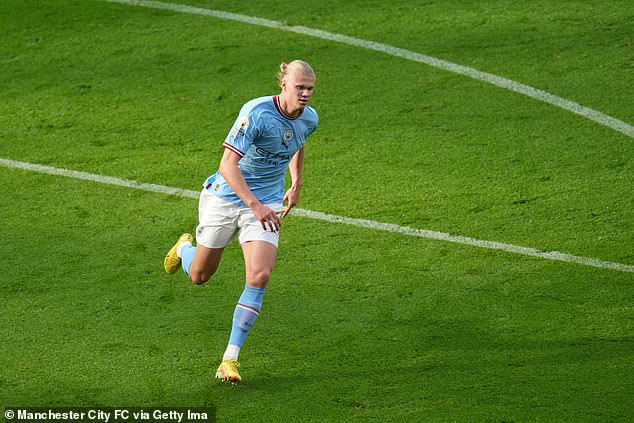 Erling Haaland was born in Leeds and raised to love Elland Road by his father Alf-Inge, on Wednesday night the Man City star returns home… though he’ll be out for goals, he’ll always have the club in his heart

By David Coverdale For The Daily Mail

When the Premier League schedule was released three days after his move to Manchester City, the first fixture Erling Haaland looked for was Leeds away.

The Norwegian superstar, 22, claimed to have supported City all his life at his unveiling in June, but he was born in Leeds — where his father Alf-Inge played for three years before moving to City — and told Norwegian newspaper Aftenposten five years ago: ‘The dream is to win the Premier League with Leeds.’

Alf-Inge was at Leeds from 1997 to 2000, where he made 74 appearances and started his infamous feud with Roy Keane. He was part of the team who reached the semi-finals of the UEFA Cup and qualified for the Champions League.

That love of Leeds has rubbed off on Erling. And further evidence of his affinity for Elland Road came in September 2020 when he asked for Whites midfielder Stuart Dallas’s shirt after Norway’s 5-1 Nations League win over Northern Ireland. Dallas later revealed Haaland whispered Leeds’ motto ‘Marching on Together’ in his ear. Last summer, he was spotted wearing the club’s shorts in his car when signing autographs after training with Borussia Dortmund.

‘Erling texted me as soon as the schedule came out and he said he was most excited for Boxing Day,’ revealed Leeds boss Jesse Marsch. ‘He was born here, his father has history at the club and he has the club in his heart because of that.

‘When I got this job, he and his father were both incredibly supportive and excited. We expect him to be passionate about this match, which causes issues for us.’ 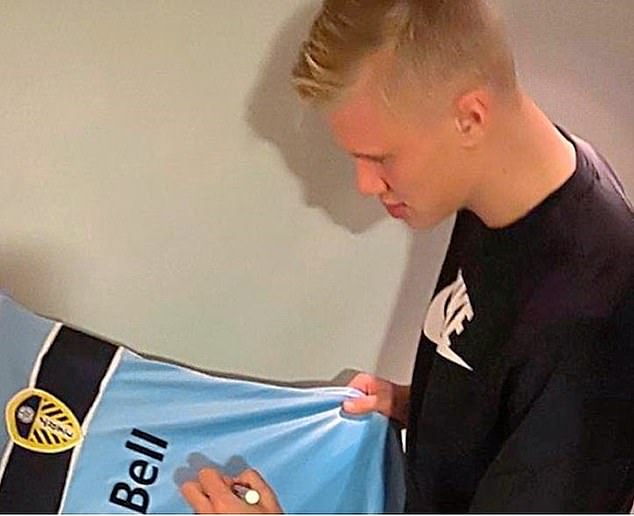 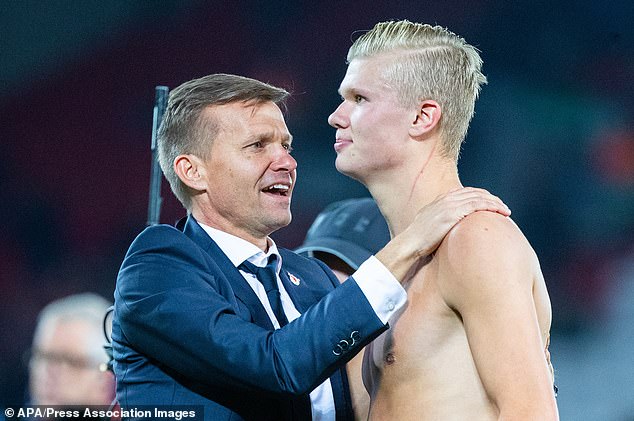 Marsch knows Haaland well, having coached him for six months at Red Bull Salzburg. Haaland had started just once for the Austrian side — who he joined as an 18-year-old in January 2019 — before Marsch took charge that summer. But his career exploded under the American manager, and he scored 28 goals in 22 appearances to earn his move to Dortmund in January 2020.

‘The time I had with Erling was just outstanding and we had an incredible relationship,’ recalled Marsch. ‘When I took over at Salzburg, we’d lost nine of 11 starters. I had to look at a lot of video and with my instincts figure out how we could piece a team together based on players who were out on loan or on the bench.

‘Erling was one that we thought could have a big breakout moment. He went to the Under 20 World Cup and in one game he scored nine against Honduras. We usually give players three weeks after an international tournament but he wanted to come back after 10 days and be at the first day of training. 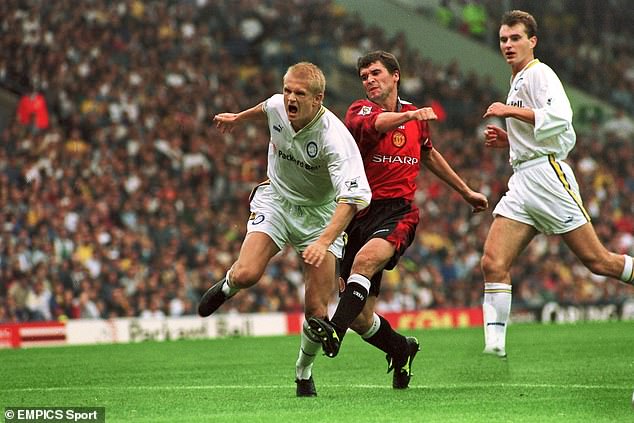 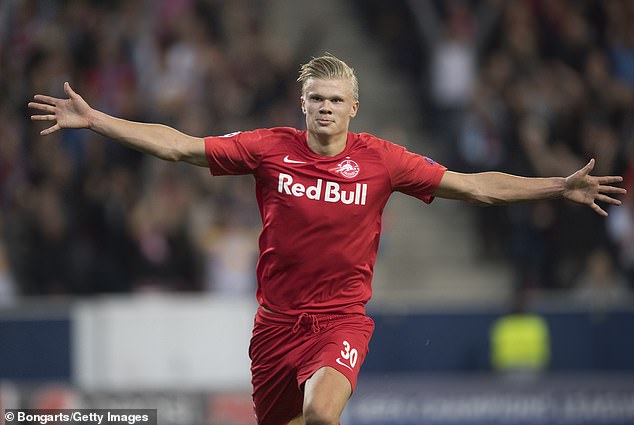 ‘Within two days, I thought, all right, this looks a little bit different from most players. After a few days, you knew that Erling could be special. He had a real desire to improve. He watched videos a lot, asked a lot of questions, wanted feedback, wanted extra training.

‘I was always the last one to leave the training centre and I’d walk through the building to see if anyone else was there and Erling would be in the regeneration pool. His attention to taking care of himself was special. That part was always impressive with Erling.’

As Marsch looks forward to welcoming Haaland back to his home city, another Leeds-born star returning to Elland Road tonight is Kalvin Phillips, even if he is likely to be sitting in the stands.

The England midfielder signed for City in the summer in a £42million move from his boyhood club. But Phillips is yet to make a league start for the champions having struggled with a shoulder problem. He was then left out of their squad for last week’s Carabao Cup win over Liverpool after Pep Guardiola said he returned from the World Cup ‘overweight’. 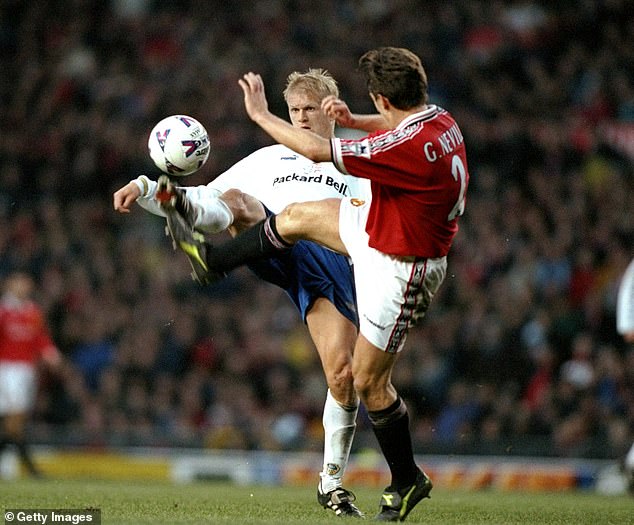 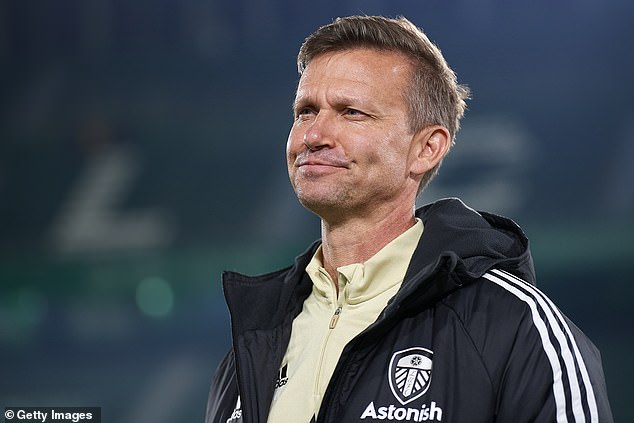 But although Phillips has failed to make an impact at the Etihad, his absence has been keenly felt by his old boss. ‘We still miss Kalvin,’ admitted Marsch. ‘He was such a good player but also a really likeable, heart-warming person. When he walked around this building, he made everybody feel at home.

‘He came for our match against Fulham and you could see he felt the pain of us losing. Of course, he misses being here. This club is in his heart. This was his home.’