Why September is a better time to make goals than January 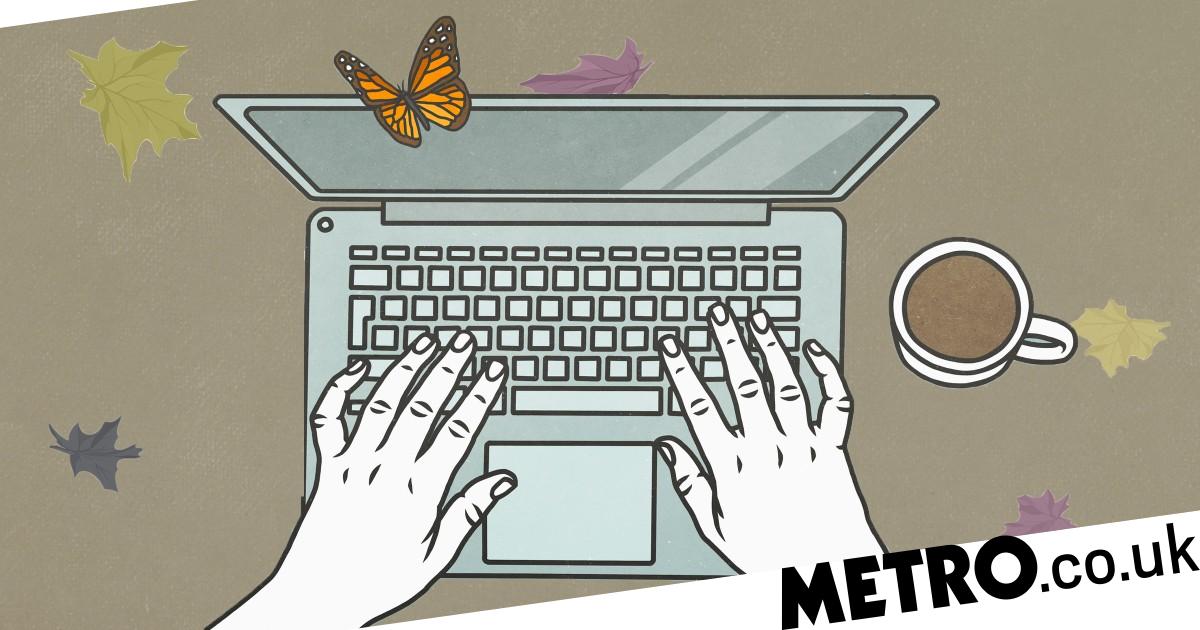 Forget New Year, New Me, September is the new January.

By now, we all know that most of the New Year’s resolutions we make won’t stick. Less than 10% of us will still be on track to achieve our resolutions by the time mid-January rolls around.

It’s time we gave resolutions a much-needed make over, and swap January 1 for a date in September.

For the past couple years, Sean Spooner has treated September 1 as a time to focus on what would traditionally be new year’s resolutions.

He reasons that in the colder and darker months, there’s less going on and less pressure of the next social plan being just around the corner.

He tells Metro.co.uk: ‘On top of that, I’ve always found January 1 to be a strange time to reset; after weeks of overeating, drinking too much, having no structure, and letting go of our goals, we suddenly expect to be able to rebound to our peak state at the start of the year.

‘Using the 120-ish days between September and the end of the year to get ahead on my plans for the next year has always been really useful.’

Sean isn’t the only one who sees September as the season for renewal.

‘January is actually the worst month to consider change,’ says clinical hypnotherapist and psychotherapist Jacqueline Carson, who tells her clients to ditch New Year’s resolutions and plan to reset in September instead.

Ben Treanor, wellness coach and founder of Mål Paper, agrees that September is often seen as a second January, a time to reset post Summer and get clear on what you want to achieve before the year ends.

Well, despite all of our conditioning otherwise, September is a month of transition.

It is a much more natural time to take stock, reset, recalibrate and plan ahead for the coming months.

September is the new January

First of all, it is the start of the academic year from nursery school right through to university.  We are used to ending summer break and preparing for something new.

‘Our subconscious mind is programmed from a very young age that September is the start of new beginnings… so we are more likely to be productive at this time of year. It is something we expect, we shake off the summer and get ready to work or start a new academic year,’ Jacqueline explains.

Where September sits in the calendar year is helpful, too. We should feel energised by all the longer, lighter summer days we just had, especially if we had a holiday too.

This energy can help us reflect on what we achieved while looking forward to what else we want to achieve before Christmas.

Planning and re-setting in September mean that you can prepare for winter too, when, after all of the Christmas indulgence, you’re more likely to want to retreat and recover.

‘January is a long cold month and finances can be tight after the expense of Christmas. It’s almost like the falling leaves from the trees are representative of the ‘old’, a kind of clearing and cleansing before the long winter months arrive,’ Jacqueline adds.

Finally, Jacqueline argues that making changes to diet, exercise, quitting drinking or smoking for example is more likely to stick in September as there is no pressure from family or community.

‘You don’t have to compete with anyone and by the time you get to January, you’re all set!’

‘The goals we set in the New Year seem to feel more ambitious and dreamy and as a result they are rarely achieved,’ he says.

Conversely, in September our focus tends to be on the controllable behaviours, meetings and processes as we start back at work with a bang after the summer lull.

‘Our brain prefers this as opposed to the ‘I’m going to lose weight’ or ‘become a millionaire’ type aspirations that arise at New Year,’ he argues.

How to make goals stick

Okay, so if September is a better goal setting time, how do we make sure these aims actually become habits?

Firstly, you probably don’t need to change everything, right now. To figure out what’s getting you down the most, Jacqueline advises clients to rate each area of their life (health, finance, career, family, social) out of 10.

Consider what makes you happy, what needs to change, what would help boost one area from a five to a six, for example.

Using this rating scale, you know which area you need to prioritise and can plan around that.

Jacqueline says: ‘This usually involves some work on their subconscious mind so they realise they are capable of achieving their goal.

‘We always consider how the achievement can be maintained, once the goal is reached.  This is vitally important, so that slippage doesn’t occur.

‘We are creatures of habit and we will always stick to routines and programs that make life easiest for us, even if these are not good for us.  And creating change can take some effort, particularly if it is moving us outside of our comfort zone.’

Above all, you want your goals to be positive, as research shows that approach-oriented goals are more successful than avoidance-oriented goals.

‘In order for you to achieve your goals successfully, you will need to be able to track your progress. This is very difficult to do if your goals are vague,’ he argues.

Speaking of progress, Jeremy suggests focusing on the choices and behaviours we made rather than obsessing over specific material results.

‘These habits can then be reused going forward once the goal has been achieved,’ he adds.

It can help to break that down into the behaviours and habits that will deliver it, Jeremy says.

He continues: ‘For example a six pack goal calls for daily discipline around meals, exercise, hydration and sleep so we need to set daily goals around those rather than just look at the outcome.

‘This gives us a chance to achieve “gold medal days” and as we build that confidence and discipline then we feel more in control of our progress.

Write your goals down

Simple, but often overlooked. Writing down your goals in a journal or notebook is an effective way to keep track of your goals. Write down each goal, and have check in dates when you can review them. You could even create sections in your journal for short-term, medium-term, and long-term goals.

By all means, reach for the sky and aim big, but just be aware that setting too unrealistic goals can have a negative effect when they aren’t achieved.

Be specific with your goal setting

If you aren’t specific enough with your goals, how will you ever know once they have been achieved? By being specific you have more clarity on what it is you want to achieve. For example, a goal of earning lots of money is rather vague, however, a goal of earning over £40,000 per year is more specific.

Set goals that can be measured

This ties in with the above step. Your goals need to have some way of being measured. If they don’t, then you simply won’t know once you have achieved your desired goal.

Set a timeline for achieving your goal

it’s important to often look at your goals, and assess if you have completed them, or in fact if they are still even goals you wish for. Over time, our wants and desires change. By checking your goals often, it prevents time being wasted on goals that no longer appeal to you.

When setting your goals, it’s helpful to write them down, which solidifies them mentally. Goals are promises you make to yourself.

Writing goals down is like signing a promissory note. By seeing the words written in front of you, suddenly you have clarity about what exactly needs to be accomplished.

Whatsmore, you now have a visual guide to your achievements. Mark a line through completed goals. Prioritise goals, and split them into smaller tasks. Colour code using pens and highlighters. Planners personalise your goals.

From Ben Treanor, wellness coach and founder of Mål Paper.

We should also be realistic – no one has the perfect diet, writes every day for their book or has the perfect day of sales calls – we can have an off day but we just need to get back to our process as fast as possible before negative habits and apathy creep in.’

To motivate yourself, you need to have a way to hold yourself accountable.

For some people, internal accountability, by tracking it in a journal for instance, is enough.

If you need external validation, try telling friends and family about your goals and asking them to check in with you.

‘You’ll feel more motivated if you know that other people have expectations of you,’ Ben adds.

With this in mind, it’s ok for your goals to change. Ben says: ‘If you are feeling stuck on a goal, don’t be afraid to adjust it to something more realistic.

The ability to adjust your goals can actually help you be happier in the long run. Forcing yourself to put effort into something that just isn’t working can actually hold you back from making progress.’

We’ve all been conditioned to see January as our Big Shot at a fresh start, but it’s time we tap into the natural shift of summer to autumn, and embrace the September reset.


MORE : There are four motivation styles – here’s how yours affects the way you work


MORE : How to tell if it’s normal back-to-work blues or you need to quit your job


MORE : Keep failing to achieve your SMART goals? Try this better technique instead

Debate over e-bikes on Bay Area trails coming to head