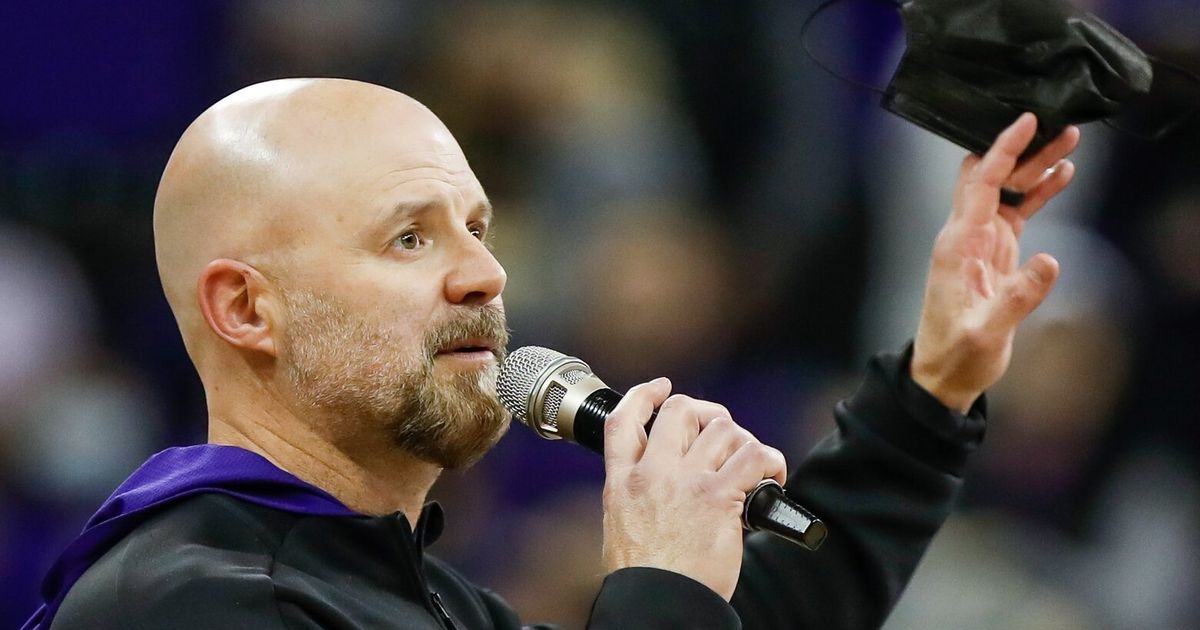 The main question on most Huskies fans’ minds was whether their signal caller will be back next season. But perhaps just as important was retaining the caller for that caller.

Dawgs die-hards want to know if there’s any chance the nation’s leading passer could return to the field. But in the meantime they should be relieved that one of the nation’s top offensive coordinator’s is returning to the booth.

We’ve all become familiar with Michael Penix Jr.’s exploits — as the fifth-year junior quarterbacked his way toward legendary Husky status during his team’s 10-win season. And though fans should prepare for his departure to the NFL, they should take solace that Ryan Grubb — whose head-coaching stock soared this season — has agreed to an extension with UW through 2025.

Tennessee is the only team in the country to have produced more yards of offense than Washington this season, and you’d be foolish not to give a substantial amount of credit to the OC for that. This hasn’t been the result of the Huskies simply overwhelming their opponents with speed, power and talent (though there has been a lot of that) — it’s been the byproduct of ingenuity as well.

Take a look at two plays from Saturday’s Apple Cup, in which UW beat Washington State 51-33 to solidify its double-digit win total. First there was the second-quarter trickery in which Penix tossed a backward pass to Jalen McMillan, who tossed it back to Penix, who ran it 38 yards for a touchdown to put Washington ahead 21-17. Then there was the first play of the third quarter, in which Penix launched a 75-yard TD pass to a wide-open McMillan to give the Huskies an eight-point lead they wouldn’t relinquish.

“That first play of the third quarter — that play has been sitting on ice for a couple of weeks,” said DeBoer, calling it a “gotcha” moment. “When you have success and kind of have that swagger as a play caller … you just want to do it better the next time, and that’s where I think [Grubb] is at calling offenses.”

Perhaps that’s why DeBoer was peeved about Grubb not being named a finalist for this year’s Broyles Award, given to the nation’s top assistant coach. The Huskies, after all, were a 4-8 team last season after gaining 198 yards fewer per game than they have in 2022.

Obviously, Penix is a huge part of that improvement. But if you watch the way UW schemes and adjusts each week, you’d come away thinking the game plan is equally integral.

This is likely what prompted Washington athletic director Jen Cohen to give Grubb a pay raise that will throw nearly $4.7 million his way over the next three years — she couldn’t risk letting him get away.

Grubb has made it clear that he wants to be a head coach one day, and his stock has soared the past few weeks as a potential candidate for an opening. He fielded questions about the prospect of leaving Monday but underscored that his priority was on the Huskies’ next game — whether it be the Rose Bowl, Alamo Bowl or something else. Probably easy to do considering that, unbeknownst to the media, he’d already agreed to the extension earlier in the month.

But he made one thing clear: He’s happy with what he’s doing. And sometimes you have to recognize when you’re happy.

“I have a deep passion for calling plays,” Grubb said Monday. “For me, I do have a desire to be the best O-coordinator in the country. That’s a deep-seated belief in who I am and what I want to be. So there’s definitely a path I’m on with that right now.”

And as much as he has raised his profile as an offensive mastermind, he’s developed a reputation for his candor, too — whether it was announcing that he knew he UW was going to put up big numbers against Washington State, or calling victories in Eugene and Pullman “home” wins in a tweet.

Grubb was pictured smoking a cigar in that tweet after the Apple Cup. Also probably lit up one after agreeing to the extension. Lots for him to celebrate. Lots for Huskies fans to celebrate as well.