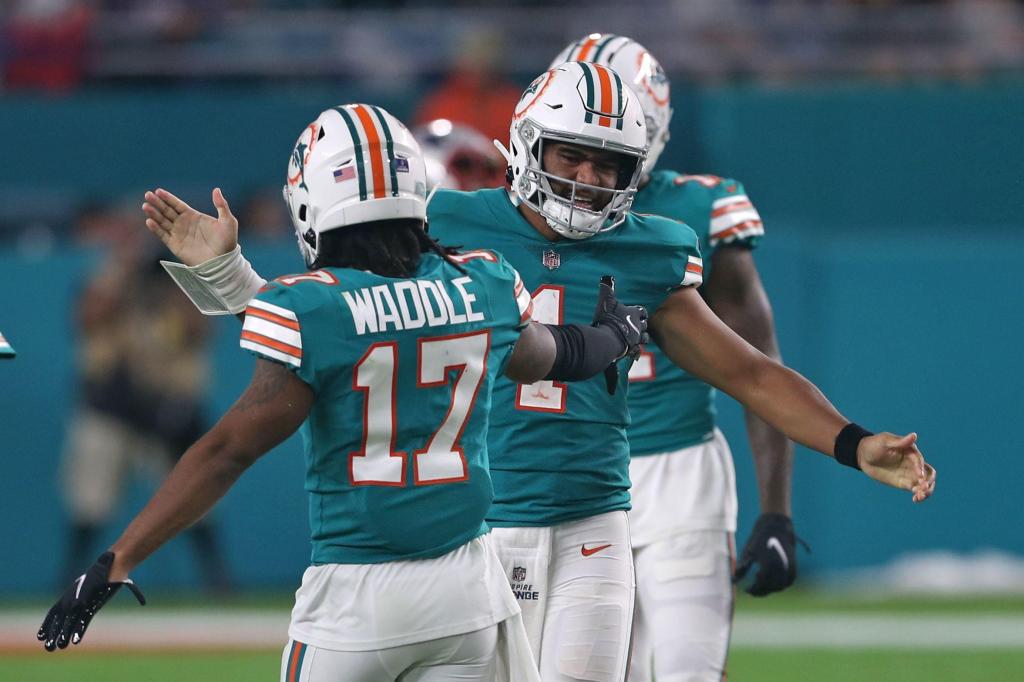 The Dolphins playing at home in the September heat is the best home field advantage in sports. Throw in the fact they’ve added good talent this offseason while New England subtracted some says this season kicks off in good fashion for the overhauled Dolphins.

The Mike McDaniel Era gets started with a home victory over coach Bill Belichick and the Patriots. I’m expecting Tyreek Hill to have a long reception and the defense to make a few game-changing plays (interceptions, sacks, fumble recovery, tight coverage, impressive third-down stops, etc.). If the Dolphins’ offensive line, run game and run defense join the party, season projections will skyrocket.

We’ll see some Tyreek Hill flashes and moments in the run game, although Bill Belichick is going to invest in taking something away, likely Hill. The Patriots cornerbacks still have to execute against the speed of Hill and Jaylen Waddle on the outside. New England spent the week practicing in South Florida to get used to the heat and humidity, but it’s tough to make up for the whole training camp the Dolphins had in that climate over three days. McDaniel has the better roster and gets it done against a future Hall of Famer like Belichick for his first head coaching victory.

The revamped Dolphins seem sufficiently amped for this game, and the Patriots can’t get sufficiently acclimated to this heat in just a few days. Tyreek Hill and the offense should do enough to win this, as long as the defense hasn’t taken a big step back. New England icon Bill Belichick doesn’t know what to make of Dolphins coach Mike McDaniel — and that’s a help in his first game as an NFL head coach.

While legendary Patriots coach Bill Belichick has a losing record on the road against the Dolphins (9-13), he undoubtedly will come up with a game plan to try to rattle Mike McDaniel, who makes his coaching debut. New England is 3-8 in its past 11 regular-season games played in Florida, but practicing last week in South Florida should help prepare for the 90-degree heat. Tua Tagovailoa is 3-0 in his first three starts against the Patriots, but no quarterback has won his first four starts against New England under Belichick.

There is just too much speed on this revamped roster for a plodding New England squad who, against much less Miami offensive talent bases, has been gouged for an average of 222.5 rushing yards per game (195 and 250) in the Pats’ past two games at Hard Rock Stadium. And, those past two visits by Bill Belichick and company were in the perfect-for-northerners, sub-80-degree conditions of South Florida in late December and early January. While the defensive backfield is compromised with Byron Jones’ absence, if Jaelan Phillips takes a second-year leap as a pass rusher, it shouldn’t much matter against a middling quarterback such as Mac Jones.