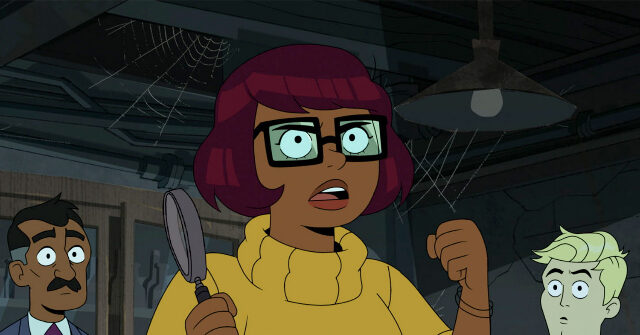 The HBO Max series Velma, an ultra-woke reboot of the beloved Scooby Doo cartoon, has been savaged by critics and audiences alike, earning the title of lowest-rated HBO series on IMDB.

Deemed a mean-spirited, angry, crass, narcissistic retread of the classic cartoon, Velma has been universally panned in nearly all corners of the internet, earning a dreadful 1.4 rating on IMDB with more than 18,000 votes cast, just two points below the equally hated woke HBO Max series Santa Inc.

“This show literally insults you. I’ve never known a show to actively try and make you hate it, this is abominable and one of the worst things I’ve ever seen, I can’t stand it. It feels like a straight up slap in the face and I cannot stress this enough, it doesn’t even have SCOOBY-DOO in it,” wrote one outraged IMDB reviewer, who awarded it just one star out of 10.

“Imagine taking a kids’ show and turning it into a disgusting college frat house drama where everyone is a bully and vomiting for laughs. This might be the most hate-filled re-interpretation of a cartoon I’ve ever seen,” said another one-star review.

“This show is one of the worst things I’ve ever seen, and I would give it 0 stars if I could. I can’t believe how poorly written this show is, how mean-spirited it is and how much contempt it has for its source material,” said another.

While professional critics did not savage Velma with quite the same hot-blooded contempt as general audiences, the show did not exactly wow them either despite its woke bona-fides by race-swapping several characters and making Velma a lesbian Indian-American woman voiced by comedienne Mindy Kaling. On Rotten Tomatoes, the show has a tepid 55 percent rating among critics and a 6 percent rating among audiences.

“You have to wonder, in the development of ‘Velma,’ where did everything go so horribly wrong?” wrote Glenn Ihnat of TheWrap.

Despite the intense backlash, HBO Max has reportedly greenlit the series for yet another season, according to ScreenRant.

Leading up to the series debut, Mindy Kaling said that the show would essentially transform the character into a gay icon and a symbol of representation.

“Her self-discovery is a really big part of this series. We don’t want to ignore it. It’s what’s interesting to people. She’s an icon for young gay women,” Kaling said. “Her figuring it all out is a big part of the show and why it’s really fun to do.”