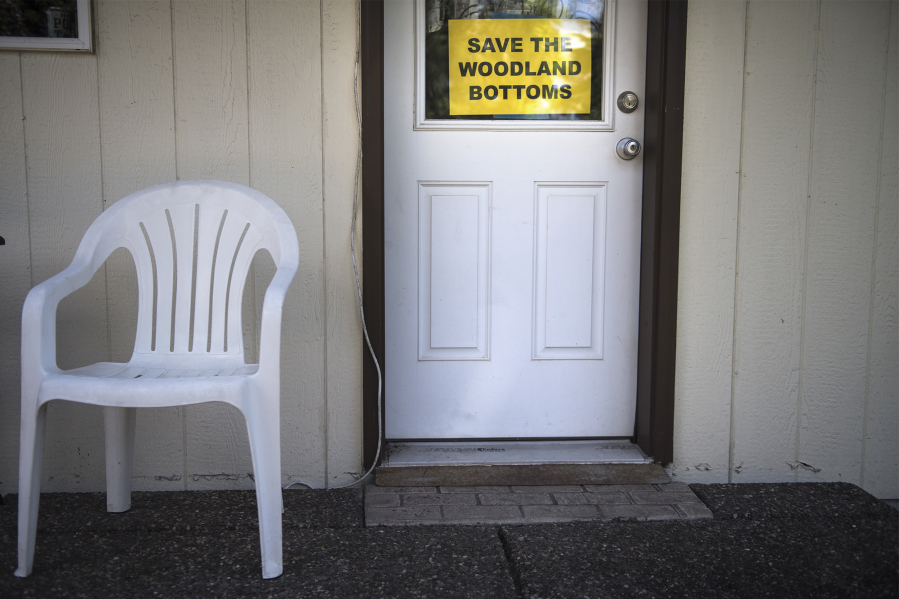 LONGVIEW — Woodland and Cowlitz County are working out a new land-use planning agreement jump-started by city council action the county sued to overturn.

Partially located in Clark County, Woodland plans for future growth under the state’s Growth Management Act, while Cowlitz County does not. Operating under two different planning regulations has put the city and Cowlitz County at odds.

Woodland wants to expand its urban growth area to include the Woodland Bottoms — the mostly agricultural land outside the city between Interstate 5, the Columbia River and the Lewis River. The change would allow it to better plan for and accommodate development in unincorporated Cowlitz County that affects Woodland infrastructure, city officials say.

Chicken or the egg

After attempts to expand the urban growth area in 2018 failed, city staff began looking again in 2021, ahead of Woodland’s periodic comprehensive plan review due in 2025 by the state, said Travis Goddard, community development director.

In September, the city council approved an ordinance expanding the urban growth boundary to include the entire Woodland Bottoms, with development on hold in agricultural land until the comprehensive plan is updated. The council approved creating an agriculture zone in early October.

On Oct. 20, Cowlitz County filed a lawsuit challenging the ordinances and appealed the city’s actions to the Washington State Growth Management Hearing Board on Nov. 21.

On Dec. 19 the council voted 4-1 to rescind the ordinances “to avoid a costly and unnecessary legal battle,” according to the staff report. The lawsuit and the appeal to the state board were dismissed Jan. 9.

Goddard said the ordinances were part of an effort to plan ahead before requesting the county to change its comprehensive plan to match.

The city hopes the county will now take the lead on the master planning process; however, any plans need to comply with the Growth Management Act or the city won’t be able to use them, Goddard said.

Woodland officials hope the discussions with the county will lead to a joint agreement, as well as expanding the urban growth area, a specific plan for the Bottoms, and the county mitigating development impacts on the city.

Cowlitz County Commissioner Dennis Weber said the county wants to be “at the table” with Woodland to figure out the right growth management tools for the area and allow them to take the steps they want, while also “paying attention to folks who don’t want to annex into the city.”

Weber said he can sympathize with Woodland, as the city has to plan for utility use 20 years in advance under the Growth Management Act.

“They have to basically borrow money today to build for a customer base that doesn’t live inside the city yet,” he said.

County Commissioner Arne Mortensen said in general, he would support a plan the residents of the area want, but added the attempts to expand the boundary seem to boil down to “a quest for money.” In 2019, Woodland officials renewed requests that the county adopt development fees to help pay for the effects of growth outside city limits.

“I’m a little optimistic now we’ve gotten some pretty reasonable effort to get together and figure out what should be done, that something should be worked out,” Mortensen said.

Goddard said the city’s efforts to expand the urban growth area is not “a money grab or a power grab,” but a way to plan for unavoidable impacts of development on the city.

“Woodland is wrestling with problems we’re not solely responsible for,” he said. “It’s difficult and unfair for the citizens to shoulder that burden and not necessarily be treated as equals for the process.”