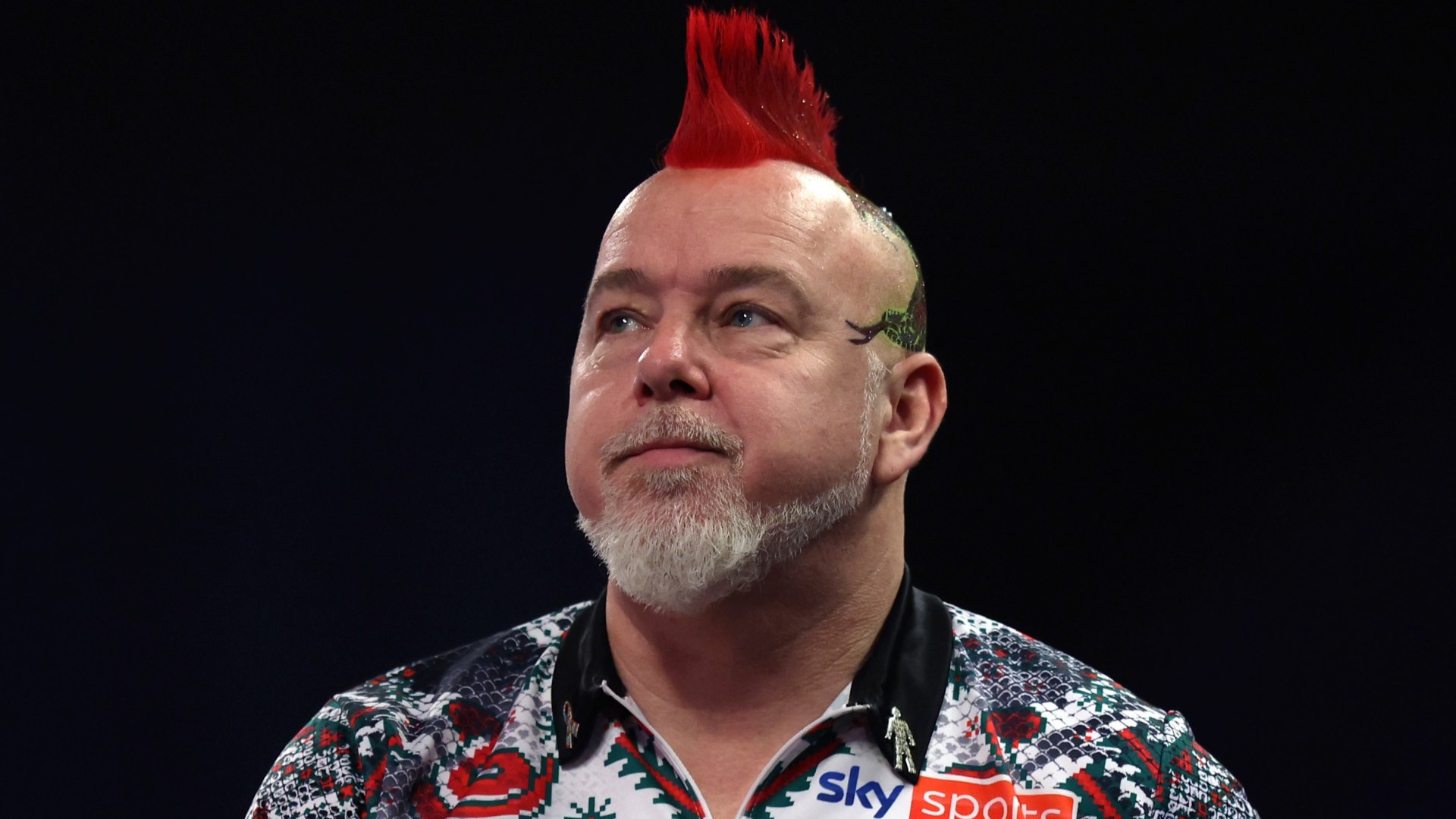 TUNGSTEN TINKERMAN Peter Wright crashed out of the PDC World Darts Championship as he was blown away by the Hurricane.

Scotland’s finest flinger – who came on stage in a snazzy Christmas jumper – won this title in January 2022 and was hoping to mount a lengthy title defence over this festive period.

But the downbeat Snakebite – who crazily refuses to stick with just one set of darts – lost his grip of the Sid Waddell Trophy as he was defeated 4-1 by No.31 seed Kim Huybrechts.

For the No.2 seed, this was a limp display, one that lacked any champagne fizz or Christmas cheer – he was present in body but not in mind.

When he won his first world crown in 2020, Wright was beaten the following year in the third round in seven sets by German Gabriel Clemens.

This time, he was eliminated in the same round by a big, burly Belgian, who has set up a Low Countries Derby with compatriot Dimitri Van den Bergh in the fourth round. 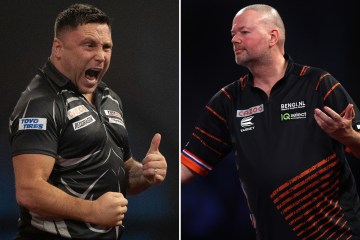 This defeat means that Flying Scotsman Gary Anderson was the last man to defend the PDC Worlds, something he achieved in 2016.

It has been a nightmare year for Wright, who had gallstone illness, and then his wife Jo was seriously ill in hospital in the build-up.

Wright, 52, said: “I didn’t have the right preparation coming here. I didn’t have enough practice for this tournament.

“I didn’t turn up at all. Kim did what he did and got over the line.

“But I will always get rubbish years and then come back and win.”

After shaving off some of his bushy white beard and opting for a red Mohawk, Wright won the opening set easily enough by putting three straight legs on his scoreboard.

But then Huybrechts levelled up in the second set with a 107 average, which was 18 points more than the collective darts thrown by his opponent.

Wright, 52, decided to change his darts before the third set and that decision backfired as he was averaging way below 80.

The Hurricane, 37, might not be one of the top players in the world but if you give any professional player too many chances, then they will eventually punish you.

Even though he kept massaging his throwing shoulder, which suggested there was a specific niggle there, the brave Belgian won the third and fourth sets, benefiting from a missed Wright dart at the Bull.

Wright, who reverted back to his original darts for the fifth set, was on the ropes at this point and the crowd were stunned by what they were watching.

After Wright crucially missed a set dart, Huybrechts had three shots at double 18 and at the third attempt, he nailed his arrow into the bed to secure one of his best ever victories.

Huybrechts, who celebrated by waving the Belgian flag, said: “That wasn’t Peter Wright up there.

“I just played my game. The person Peter Wright was there, but the player wasn’t.

“Normally he is about 20 times better than this. Everybody knows this. I took my chances and I got the win.

“I won’t be arrogant and cocky about this. He wasn’t there on stage.

“It’s one of my best wins, beating the world champion, I’m happy. I’ll be still here for a couple more fun days.”