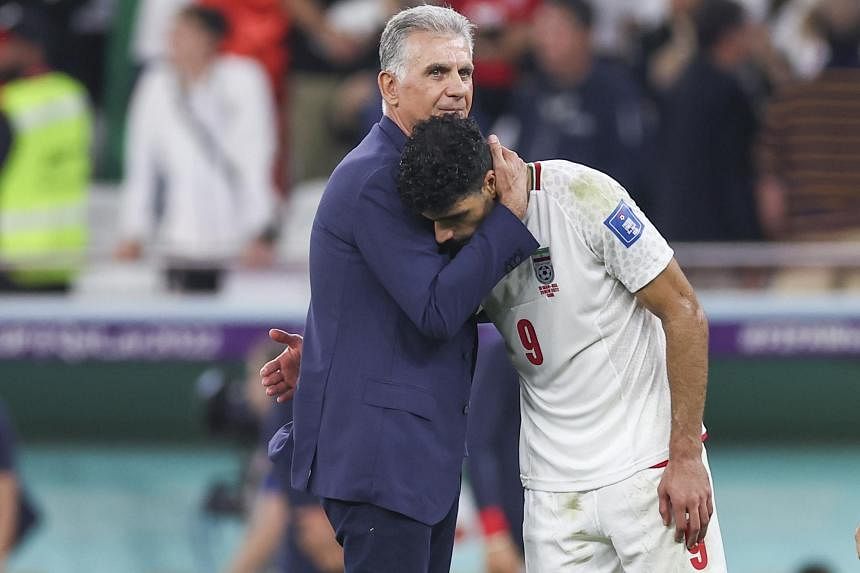 DOHA – Iran coach Carlos Queiroz said his team deserved at least a draw against the United States after their 1-0 defeat on Tuesday, which ended his team’s involvement at the World Cup.

Iran needed at least a draw in the Group B clash to have a chance of reaching the knockout stages, but the United States won through Christian Pulisic’s goal seven minutes before half-time to earn a last-16 clash with the Netherlands.

“I said before the match that the United States were the most consistent team in the first two games,” he added, referring to their draws with Wales and England, who qualified as group winners after beating the Welsh 3-0.

“The United States started the match as they did against Wales and England, and they were better than us, more ferocious and faster, and scored a goal, and I was not surprised by that.

“But in the second half, the situation changed and we took possession of the ball and created more chances than the United States did in the first half and we deserved to score at least a goal.

“The United States players have the speed and if I may say when you play against Ferraris, you need to close the highway, and that’s what we did after the break and we were the better team.”

Touching tribute to his players

The Portuguese coach praised his players for their commitment and effort in training and matches.

Iran has been gripped by civil unrest since the September death of 22-year-old Mahsa Amini in police custody, three days after her arrest for allegedly breaching Iran’s dress code for women.

Iran’s players, pressured by protesters to side with them publicly and condemn a deadly state crackdown, declined to sing the national anthem in their opening match against England but sang before their victory over Wales and again on Tuesday, where they were loudly jeered by their supporters.

According to AFP, citing social media videos, protesters in Iran let off fireworks and celebrated after their national team lost to the US Tuesday.

“Saqez citizens have started to celebrate and use fireworks after America’s first goal against Iran’s football team,” said the London-based Iran Wire website on Twitter, referring to Amini’s home town.

It shared a video showing fireworks with sounds of cheering in the background. AFP could not immediately verify the content.

Susanna Reid thought career was over after BBC Breakfast interview