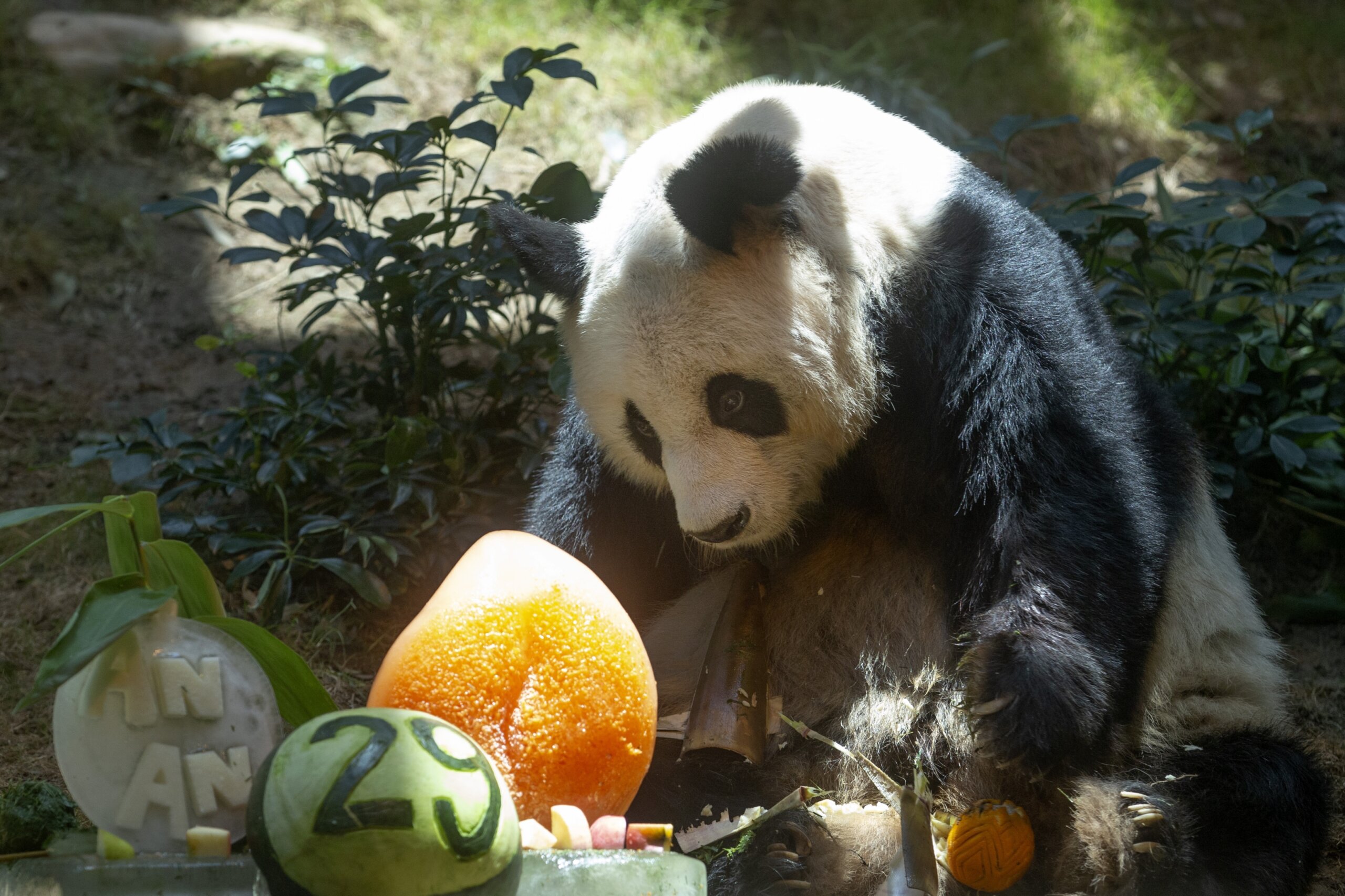 The oldest-ever male giant panda in captivity has died at age 35 at a Hong Kong theme park after his health deteriorated.

HONG KONG (AP) — The oldest-ever male giant panda in captivity has died at age 35 at a Hong Kong theme park after his health deteriorated.

An An lived most of his life at Ocean Park after he and a female panda were gifted to Hong Kong by China in 1999. The female panda, Jia Jia, died in 2016 at age 38, making her the oldest-ever panda in captivity.

Ocean Park mourned An An as a family member who grew with the park and built bonds with locals and tourists.

“An An has brought us fond memories with numerous heart-warming moments. His cleverness and playfulness will be dearly missed,” Paulo Pong, chairman of Ocean Park Corporation, said in a statement.

An An had high blood pressure, a common condition among geriatric pandas. Over the past three weeks, An An had been kept out of sight from visitors at the park as his health worsened. He stopped eating solid food and was significantly less active in recent days.

Last week, hundreds left comments on an Ocean Park post about An An’s condition, wishing him a speedy recovery.

He was euthanized to prevent further suffering Thursday morning after veterinarians from Ocean Park and government authorities consulted the China Conservation and Research Center for the Giant Panda, Ocean Park said.

“An An lived a full life that ended at the respectable age of 35 – the equivalent of 105 years in human age,” the statement read.

Hong Kong was given another panda pair — Ying Ying, a female, and a male, Le Le — in 2007 to celebrate the 10th anniversary of the city’s return to China.

China commonly engages in “panda diplomacy” where the mammals exclusively found in China are leased to other countries as a sign of goodwill.