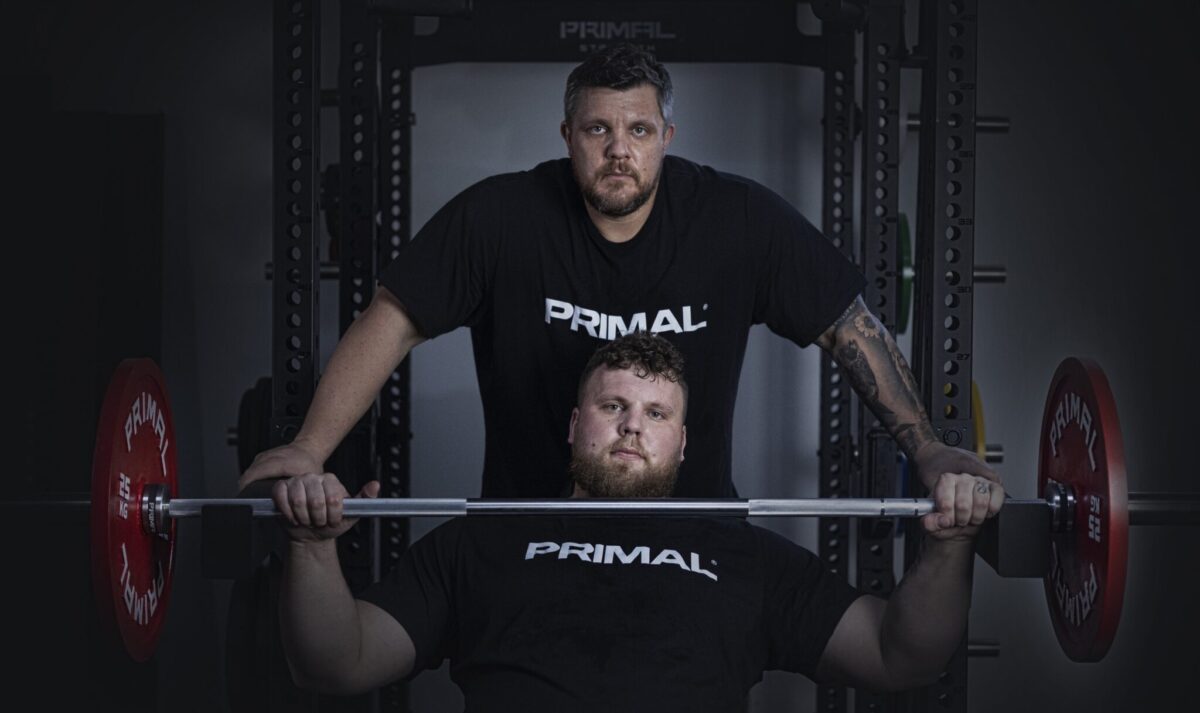 THE WORLD’S Strongest Man is set for an upgraded fitness facility after their partnership with a Scots fitness brand.

Tom Stoltman and his brother Luke Stoltman – Europe’s Strongest Man 2021 – will benefit from a major investment to redesign their fitness and strength centre in Invergordon, Highland, after partnering with fitness brand Primal.

A manufacturer of premium strength equipment, Primal have signed a two-year deal with the brothers who will become official brand ambassadors throughout 2023/24.

Primal will design and fully kit out the facility, which was first launched by the brothers in 2018 as their first dedicated fitness studio.

In addition to fitting out the Stoltman Strength Centre, Primal will support the brothers as they train for upcoming competitions as well as multiple world records attempts, including Luke’s bid at a 230kg log press and Tom’s challenge on the current deadlift record.

The announcement of the partnership follows Sunday’s final of The World’s Strongest Man competition, where Tom regained the title for a second year in a row, and Luke finished seventh.

Originally from Invergordon, Tom and Luke are the only brothers to both reach the finals of the competition, making them one of the most successful families in the history of the sport.

At 6ft 8 and weighing 190kg, Tom is only the 10th person to win The World’s Strongest Man twice.

He credits his brother for introducing him to fitness and helping him to become the best in the world.

Tom said: “When Luke and I were first getting into the sport, there weren’t any professional strength centres in our hometown, so we had to become inventive in our training – finding boulders on the local beach to practise our stone lifts.

“Fast forward to the present day, and we’re working alongside Primal to design our very own inclusive health and fitness centre in Invergordon.

“We want this to be a landmark in the Scottish Highlands, a place where future champions are born and where people can come to realise their own potential.”

Luke added: “Our local community holds a very special place in our hearts. They have supported us in getting to where we are today and this strength centre is our way of giving back.

“None of this would be possible without the support of Primal.

“Having its team on board to support our journey will make a massive difference to what we can achieve.”

Steven Rinaldi, CEO and founder of Primal, said: “2023 is set to be a big year for our brand.

“As we continue to grow worldwide aligning with sport stars who are the top of their game reflects the ambition of Primal.

“Tom and Luke are two of the most well-known and successful strength athletes in the world – true powerhouses within their industry.

“They have an incredible story, battling the odds to reach the highest level of their sport.

“Primal’ s mission is to help people unlock the strength that is within them, whether its first-time gym goers or fit-for-lifers, and through this partnership with the Stoltmans we hope to inspire the next generation of champions.”

All the decisions have already been made. Why Putin needed a visit to Lukashenko