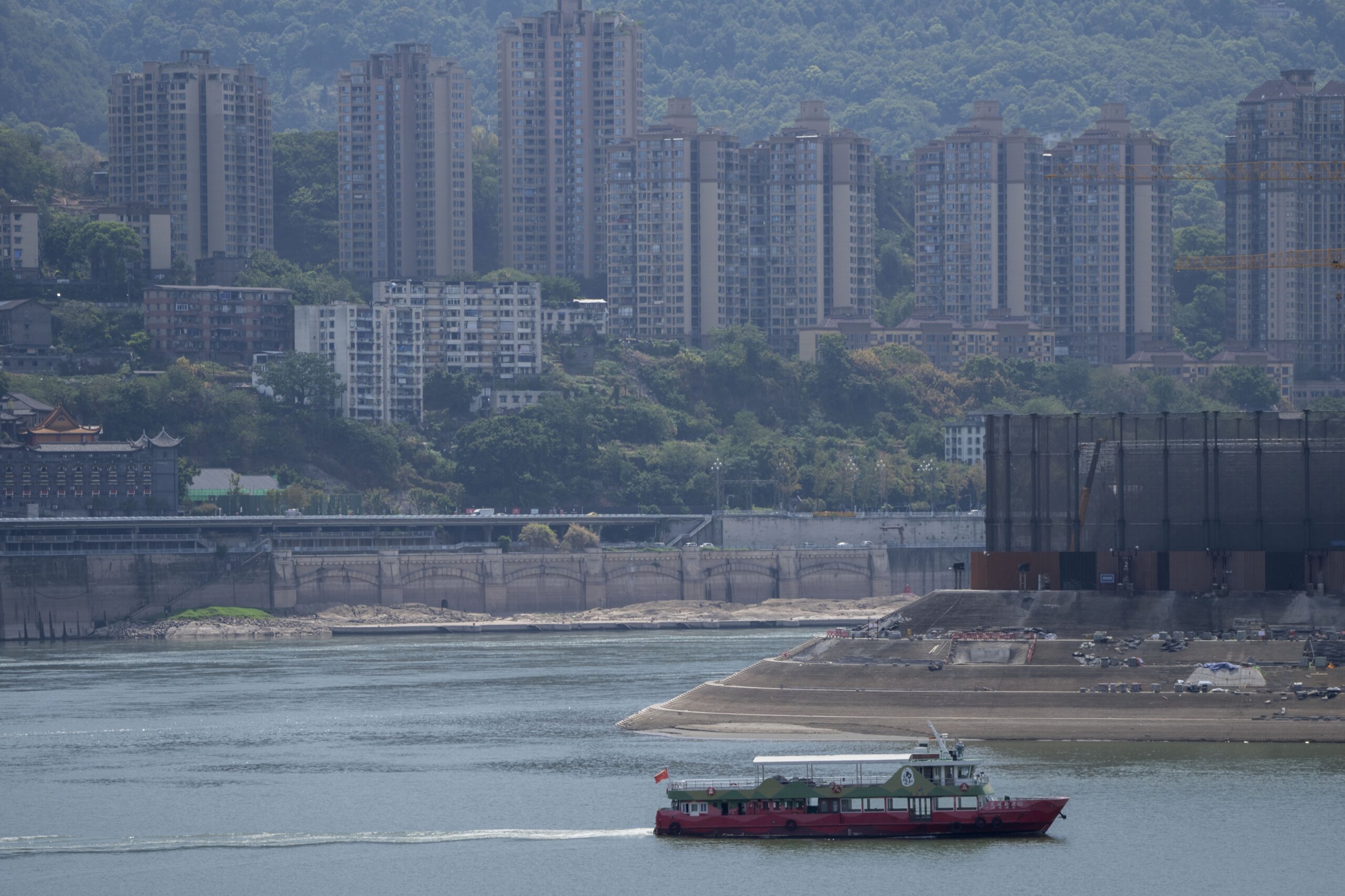 CHONGQING, China (AP) — Ships crept down the middle of the Yangtze on Friday after China’s driest summer in six…

CHONGQING, China (AP) — Ships crept down the middle of the Yangtze on Friday after China’s driest summer in six decades left one of the mightiest rivers barely half its normal width and set off a scramble to contain the damage to a weak economy in a politically sensitive year.

Factories in Sichuan province and the adjacent metropolis of Chongqing in the southwest were ordered to shut down after reservoirs that supply hydropower fell to half their normal levels and demand for air conditioning surged in scorching temperatures.

River ferries in Chongqing that usually are packed with sightseers were empty and tied to piers beside mudflats that stretched as much as 50 meters (50 yards) from the normal shoreline to the depleted river’s edge. Smaller ships sailed down the middle of the Yangtze, one of China’s biggest trade channels, but no large cargo ships could be seen.

Normally bustling streets were empty after temperatures hit 45 degrees Celsius (113 degrees Fahrenheit) in Chongqing on Thursday. State media said that was the hottest in China outside the desert region of Xinjiang in the northwest since official records began in 1961.

“We cannot live through this summer without air conditioning,” said Chen Haofeng, 22, who was taking pictures of the exposed riverbed. “Nothing can cool us down.”

The disruption adds to challenges for the ruling Communist Party, which is trying to shore up sagging economic growth before a meeting in October or November when President Xi Jinping is expected to try to award himself a third five-year term as leader.

The world’s second-largest economy grew by just 2.5% over a year earlier in the first half of 2022, less than half the official target of 5.5%.

The drought’s impact in Sichuan is unusually severe because the province gets 80% of its power from hydroelectric dams.

Thousands of factories that make processor chips, solar panels and auto components in Sichuan and Chongqing shut down this week for at least six days.

Some announced there was no disruption in supplies to customers, but the Shanghai city government said in a letter released Thursday that Tesla Ltd. and a major Chinese automaker were forced to suspend production.

The Yangtze basin, covering parts of 19 provinces, produces 45% of China’s economic output, according to the World Bank.

A canal that connects Wuhan on the Yangtze with the city of Anqing to the northeast in Anhui was closed because it was too shallow for vessels to move safely, the Shanghai news outlet The Paper reported.

The national impact of shutdowns is limited because Sichuan accounts for only 4% of industrial production, while other provinces use more coal-fired power, which hasn’t been disrupted.

A member of the Communist Party’s seven-member ruling Standing Committee, Han Zheng, promised official support to ensure power supplies during a visit Wednesday to State Grid, according to the official Xinhua News Agency.

This year is unlikely to be so severe, according to Larry Hu of Macquarie Group.

“If the power rationing in Sichuan only lasts a few weeks, the impact on the industrial production at the national level should be very limited,” Hu said in a report.

Xuguang Electronics Co. in Chengdu said the six-day shutdown would reduce its output by 48,000 electronic circuits. The company said it expected to take a 5 million yuan ($600,000) hit to its annual profit.

News reports said producers in Sichuan of solar panels and lithium for electric cars also shut down, but no companies announced disruptions in supplies.

Rising number of men getting vasectomies on camera for TikTok