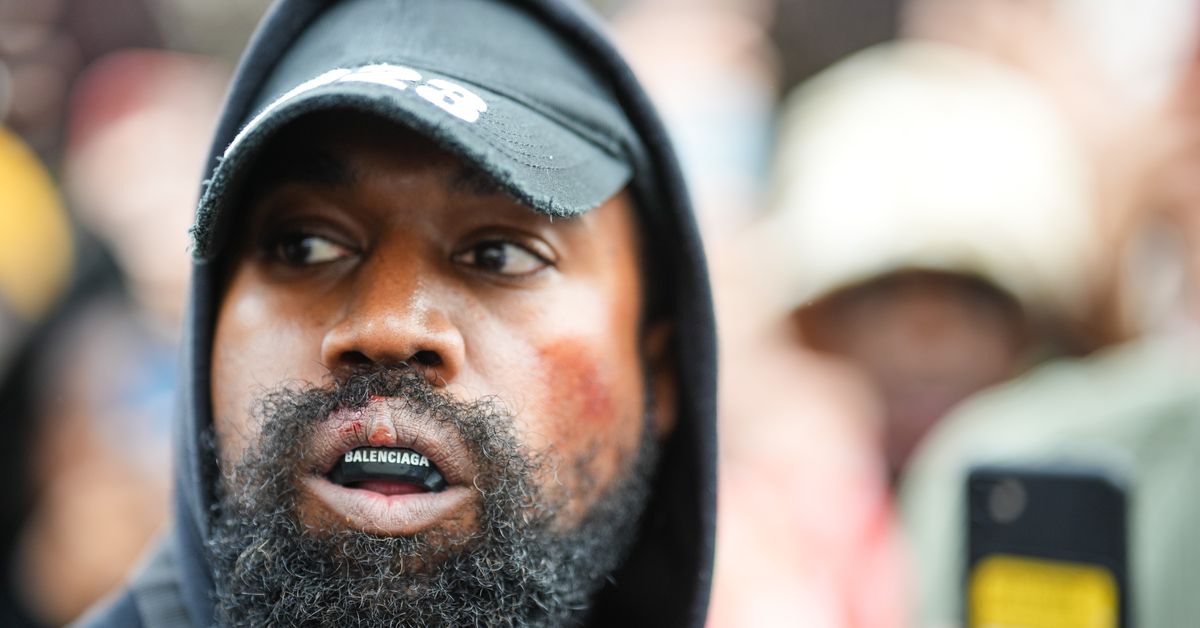 Kanye West, now legally known as Ye, will no longer be purchasing Parler, the platform’s parent company confirmed on Thursday.

The announcement came shortly after Ye went on an antisemitic rant while appearing on conspiracy theorist Alex Jones’ Infowars program on Thursday. Despite the timing, Parler’s corporate owner, Parlement Technologies, claims that the two parties agreed to terminate the deal last month.

“Parlement Technologies has confirmed that the company has mutually agreed with Ye to terminate the intent of sale of Parler. This decision was made in the interest of both parties in mid-November,” a company spokesperson said in a statement Thursday.

Ye first announced his intent to purchase the social media platform in October after he was locked out of his Instagram and Twitter accounts. On Twitter, he was suspended for an antisemitic tweet claiming that he was preparing to go “death con 3 On JEWISH PEOPLE”. (Ye’s access to his Twitter account has since been restored.) Despite these comments, Ye went on to enter an agreement in principle with Parlement Technologies to purchase its “free speech” alternative to mainstream sites like Twitter days after.

“In a world where conservative opinions are considered to be controversial we have to make sure we have the right to freely express ourselves,” said Ye in a press statement announcing the deal.

In recent years, Ye has increasingly expressed support for right-wing causes. These remarks garnered him admiration from the online right, who were eager to anoint him as a powerful figurehead for their movement. Candace Owens, a conservative influencer and wife of Parler CEO George Farmer, was one of the first pundits to embrace Ye. During Paris Fashion Week in October, Ye appeared alongside Owens wearing matching “White Lives Matter” T-shirts.

Parlement Technologies was exploring a potential Parler sale weeks before the Ye agreement was announced in October. One potential buyer, who spoke to The Verge under the condition of anonymity, described the company’s asking price as wildly inflated and was shocked by the site’s low engagement rate, dipping as low as 50,000 daily active users.

“Parler will continue to pursue future opportunities for growth and the evolution of the platform for our vibrant community,” the Parler spokesperson said Thursday.

Ye was diagnosed with bipolar disorder in 2016 and previously went public with his mental health struggles in a 2019 interview with David Letterman. “You have this moment [where] you feel everyone wants to kill you. You pretty much don’t trust anyone,” Ye told Letterman, describing his experiences with manic episodes.

George Santos and Mitt Romney have tense exchange before…

Biden in State of Union promises to ‘finish the job’