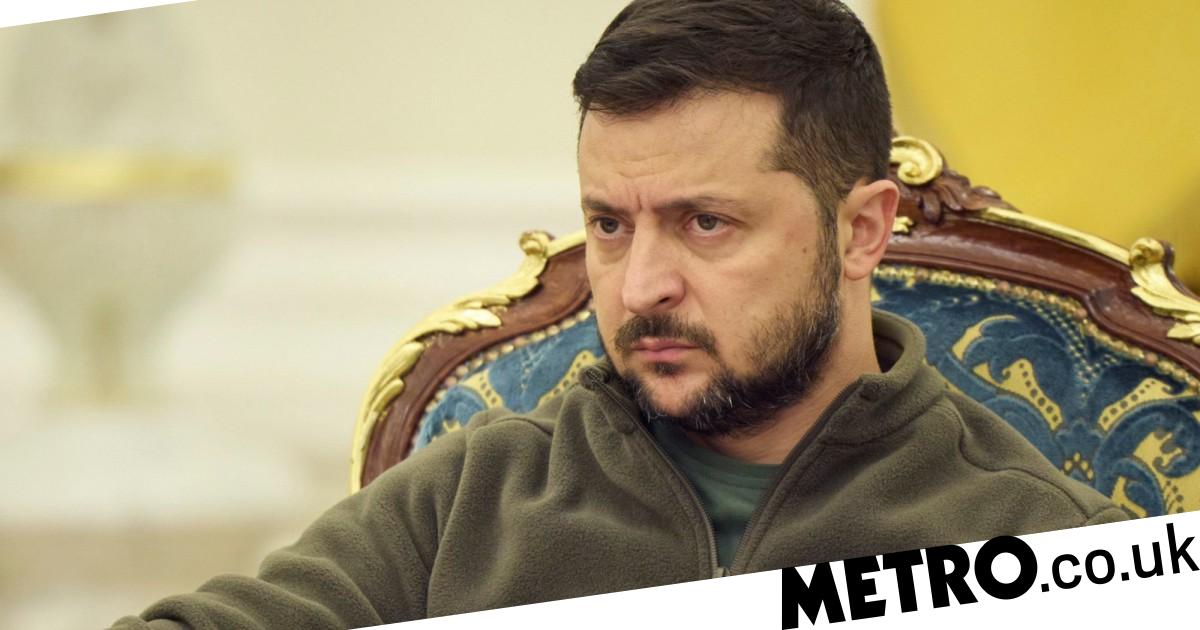 Volodymyr Zelensky will submit a ‘fast-tracked’ request for Ukraine to join Nato.

His comments follow Russia’s announcement that it would annex four seized regions of Ukraine.

Vladimir Putin claims so-called referendums in Donetsk, Luhansk, Kherson and Zaporizhzhia were the ‘will of millions of people’.

The West and Ukraine have branded the move ‘a complete sham’ with fresh sanctions announced by both the UK and US.

In response to the accelerating escalation by Russia, Ukraine now hopes to submit an accelerated application to join Nato.

Mr Zelensky said: ‘We have already proven our compatibility with Alliance standards.

‘We are taking our decisive step by signing Ukraine’s application for accelerated accession to Nato.’

He claims the land seized would lead to the rebuilding of ‘the ruins in towns and villages’ – ignoring the fact the devastation was created by Russia’s invasion.

In response to this afternoon’s developments, the Russian ambassador has been summoned to the Foreign Office in London.

Andrei Kelin will reportedly be told ‘in the strongest possible terms’ of Britain’s objections to the move which is widely regarded as illegal by Western nations.

‘The world must never accept your sham referendums or your cruel and illegal attempt to colonise Ukraine.

‘We stand with the people of Ukraine and will support them without flinching until their country is whole and free.’

The Foreign Office said the measures would restrict Russia access to key UK commercial and transactional services as well as banning the export to Russia of almost 700 goods that are critical to manufacturing production.

‘The Russian regime must be held to account for this abhorrent violation of international law.

‘That’s why we are working with our international partners to ramp up the economic pressure through new targeted services bans.’